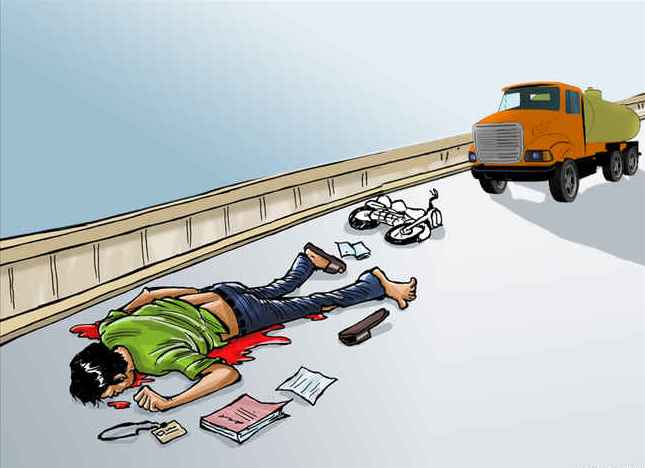 New Delhi/Bhubaneswar: On an average 12 persons lose their lives daily on roads across Odisha, said an annual report that mentioned that the number of casualties due to road accidents is on rise in the state as compared to previous years.

According to “Road Accidents in India-2016” – an annual publication of Ministry of Road Transport and Highways – released by Union minister Nitin Gadkari on Wednesday in New Delhi, total 4,463 persons have died in road accidents in Odisha in 2016 while the number was 4,303 in 2015.

Although, Odisha is not among 13 top states that registered highest number of deaths due to road accidents, it is ranked 13th in the list of highest number of injured persons. In 2016, total 11,312 persons were injured in Odisha, which was 2.3% in national average.

The report said that most of the casualties in road accidents take place due to speed driving, liquor, overtaking and talking over mobile phone during driving. While total 4,984 road mishaps had occurred due to fast driving in Odisha last year in which 2,098 had died, the number of casualties was 531 out of 1,255 road accidents due to excessive consumption of liquor by the drivers during driving. Similarly, 489 persons died due to overtaking by drivers in 1,194 incidents and 172 deaths reported in 411 accidents due to talking over mobile phone during driving.