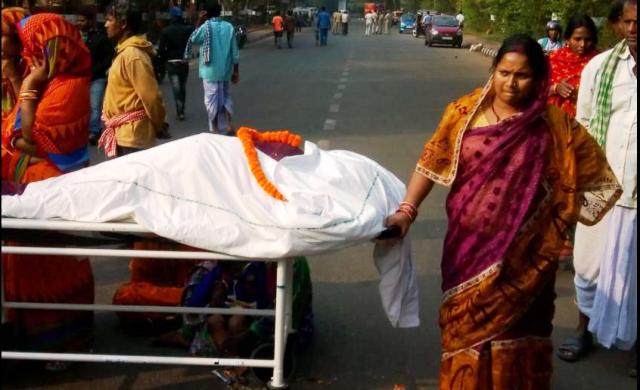 Bhubaneswar: Locals staged road blockade near Jayadev Vihar Square in Odisha capital today demanding compensation for the family of a woman who died while undergoing treatment at the ESI Hospital here allegedly due to medical negligence.

As per the allegations by Kirtan Bhanja, husband of deceased Ahalya Bhanja and a resident of Salia Sahi here, his wife was admitted to the hospital due to illness.

Later, shifting the woman to a different hospital became necessitated after her condition deteriorated. However, she couldn’t be shifted to other hospital due to technical glitch in computer at the hospital, Kirtan said, adding that the hospital authorities didn’t pay any further attention towards the issue.

After Ahalya breathed her last early this morning, locals of Salia Sahi reached the spot and blocked Jayadev Vihar-Mayfair Hotel Chaak stretch of the city road placing the body on road. On being informed, police reached the place and tried to pacify them.