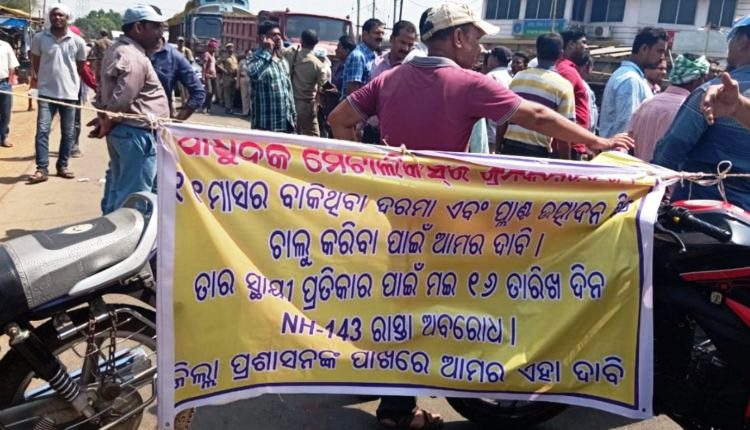 Rourkela: Vehicular movement was disrupted here today after employees of a private company took to streets and blocked NH-143 near Kuanrmunda protesting non-release of their pending salaries.

The irate staff staged a demonstration on the national highway alleging that the company has been delaying the payment of their salaries for the last for the last 11 months. Due to the protest, large numbers of vehicles were seen stranded on both sides of road.

Later, the protesters withdrew their stir after police reached the spot and pacified them. However, the agitators threatened that  they would intensify their stir in coming days if the arrears are not paid forthwith

However, the company authorities were not available to comment on the matter.

Summer guide to healthy hair & scalp for your baby