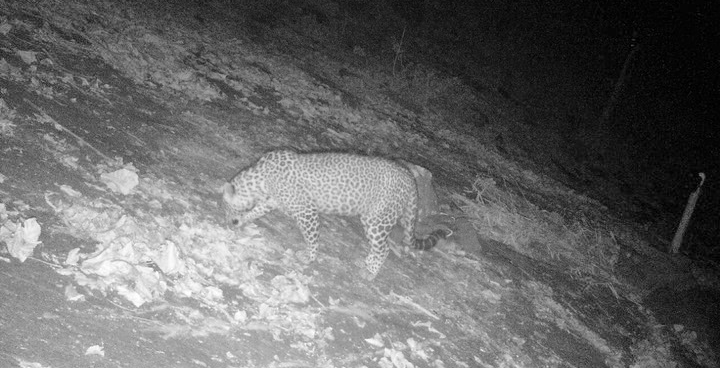 The month long suspicious leopard scare at Dakarijodi village in Malkangiri district of Odisha has come true after motion sensor camera captured activity of a leopard in the area.

According to reports, panic had gripped the village situated in the middle of Gobindapali Ghati in the district over a month after some villagers claimed to have sighted a leopard.

Roaring of the feline at night had made the situation worse.

It was informed to the forest department.

Soon after, forest officials installed motion sensor camera to track movement of the leopard as there were chances of leopard being present in the area.

Turning the suspicious fear true, roaming of a large leopard was captured in the camera following which panic has gripped Dakarijodi and nearby areas.

Forest department has launched a search operation to track the big cat. It is suspected that baby leopards might be present in the area, informed a forest official.