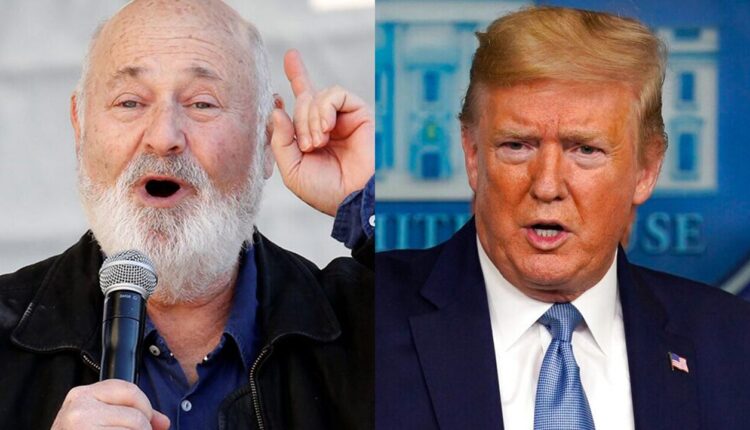 Actor and director Rob Reiner, 73, tweeted to his 1.2 million followers claiming “Trump’s closing strategy: Blanket the country with super spreader rallies and kill as many Americans as possible.” This is in reference to Trump travelling all over for his Presidential campaign.

Rob is known for his prominent role in a CBS sitcom “All in the Family” and director of the romantic comedy “When Harry Met Sally”,

This is not the first time Reiner has criticised Trump. In July 2019, when Trump told the four “progressive” Democrats, who he refers to as “the Squad”, to go back to their home countries, Rainer took to Twitter saying “It is unarguable, Donald Trump is racist. If you support him, you are supporting racism. At this crucial time in the struggle for the soul of our nation, we all must choose. Either embrace this hatred or fight to overcome original sin. Humanity hangs in the balance.” Many other celebrities chimed in to bash Trump’s remarks.

The actor has been extremely vocal about Trump’s actions, or lack thereof, to control the spread of coronavirus. In another tweet, he wrote “can’t wait until we have a president who cares whether we or not we die”, he further went on to say, “We win Pennsylvania, Joe Biden is our next President. It’s that simple.” However, it is difficult to discount the fact that Trump beat Hillary Clinton by a sweeping vote of 304-227 in the 2016 Electoral College. So if Trump wins the rest of the states that he had won the last time around, he will still manage to surpass Biden by 284-247 in this year’s Electoral College as Pennsylvania has 20 electoral votes, winning which will not be the defining moment for Biden.

We win Pennsylvania, Joe Biden is our next President. It’s that simple. pic.twitter.com/Bsh6Gc4pZ6

After the death of Justice Ruth Bader Ginsburg, Reiner wrote on Twitter “Ruth Bader Gindsberg’s Body isn’t even cold and Mitch McConnell is dancing on her grave.” He added that Democrats need to use powerful weapons in “war” against Republicans.

Ruth Bader Ginsburg’s body isn’t even cold and Mitch McConnell is dancing on her grave. This is war. Dems have powerful weapons. Now is the time to use them.

Despite having tested positive for COVID just a few weeks ago, Trump also fails to wear a mask in public and has downplayed the virus and how it has affected the population of the USA alone.