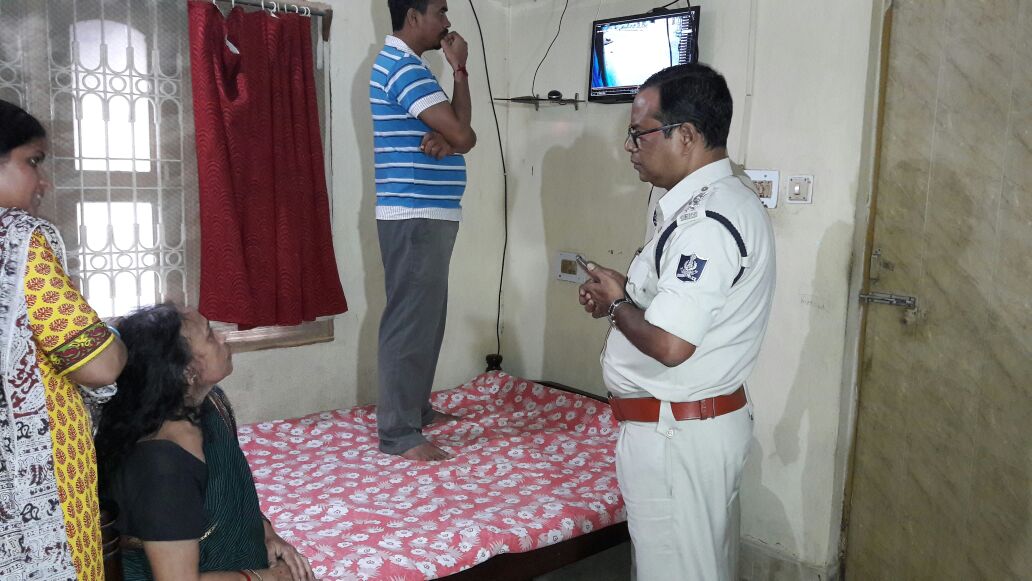 Four robbers allegedly entered an elderly couple’s house in Gandamunda area under Khandagiri police limits in the afternoon on the pretext of taking a room on rent and looted the elderly couple of their gold ornaments valued over Rs 3 lakh.

According to the house owner Subash Prusty and his family members, the robbers disguised as men seeking room on rent had visited his house yesterday twice.

Today in the afternoon, two of the robbers had visited the house and had sought the room’s keys from Prusty’s wife Sradhanjali to have a look.

After having a look of the room, the two and other two accomplices who were hiding outside pounced upon Sradhanjali brandishing knives and machetes and gagged her with duct tape.

While two of the robbers pinned her down, the other two took away gold ornaments worn by her.

On seeing it Sradhanjali’s sister raised an alarm and called Prusty, her brother-in-law who was sleeping in the bedroom.

Two of the robbers overpowered Prusty and took away the gold chain and other gold ornaments he was wearing.

The robbers after the operation which lasted for about 15 minutes decamped with around 12 tolas of gold.

“One person had come yesterday sometime between noon and 1 PM. He said two girls wanted to take the room on rent and he wanted to see the room. My husband took them to the room. He said the room was ok and promised to come later. He again came in the evening at around 8. He said he wanted to take a photograph of the room since the girls and their father wanted to see its picture. I told him that I cannot show him the room at this hour. I told him to come the next day and he left. Today he came again at around 12.40 PM. He said he wanted to see the room since the girls’ father has come. When I asked where was he, a person who was behind the window showed his face. I gave them the keys of the room upstairs. They knocked the door to hand over the keys. As I opened the door suddenly they overpowered me and were joined by other two who had knives and machetes. They gagged me with duct tape and took away by necklace and bangles,” said a sobbing Sradhanjali to reporters.

“When I reached the scene two of them overpowered me following which I fell on the floor, they asked me to part with my gold chain. One was holding a knife while another had a machete. They snatched the gold chain from my neck,” said Prusty.

However, the images of the robbers have been captured on CCTV camera fixed in a neighbour’s house. Though the images lack clarity the footage has been seized by the police. The CCTV footage shows two persons entering the house at 12.37 PM and after some time two more persons entered the house.

“This is a busy place. If four youths can enter a house here machete in hand and decamp with valuable then I must say that there is no law and order. This place has become totally unsafe and anti-social elements are having a free day. Wonder what is the police doing then?” asked a local resident.

“Till now we haven’t got many clues. But then we are trying. Some young persons are involved in the crime. Since their modus operandi is new we are trying to ascertain if similar incidents have occurred elsewhere,” said Bhubaneswar DCP Satyabrata Bhoi.

Interestingly, the place where the robbers hit is barely 500 metres away from the Khandagiri police station.