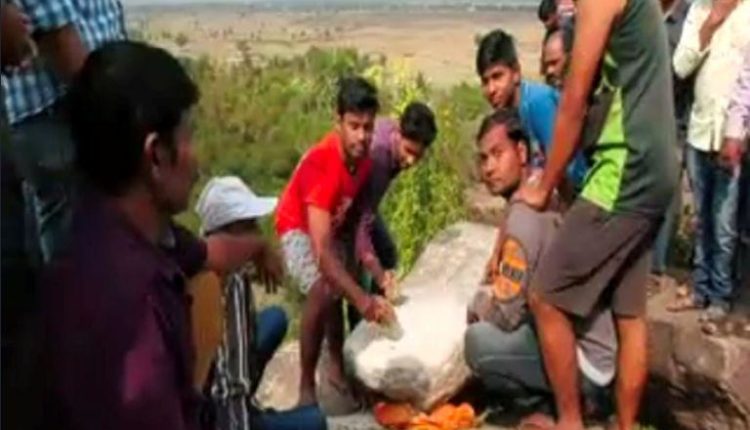 Balugaon: Hundreds of people have been making beeline to Ghantasila hills, some 10 kms away from Balugaon bypass, to listen to the ‘ghanta’ sound coming out of a rock on the hills.

When a particular rock on the top of Ghantasila hills was struck with another rock, a sound of bell resonates. Surprisingly when other nearby rocks were hit with another rock, the friction does not produce such ringing sound. After the spread of the information, people in large numbers are visiting the hills to experience this unusual thing.

As per reports, a group of youths had gone to Ghantasila hills for picnicking on the New Year’s Day. When one of the youths hit the particular stone with another one, the ‘ghanta’ sound echoed. Since then people in large numbers have been visiting the spot.

Folklore says king Banasura was meditating at this place in Banapur. While worshipping the deities Banasura did not have a ‘ghanta’ or bell. At this juncture an idea clicked him and he decided to strike the particular rock with another stone. After finishing his meditation Banasura visited Ghumusara and Puri.