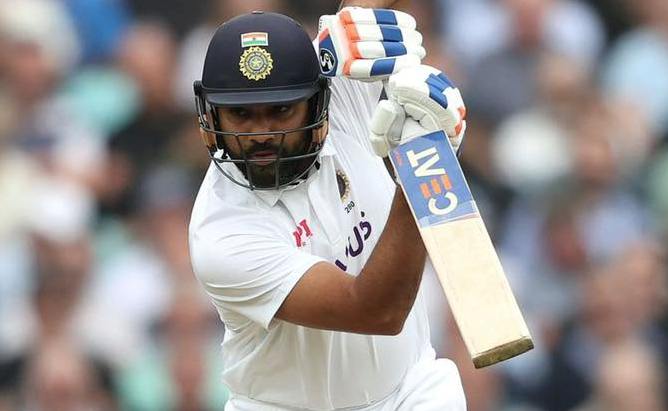 New Delhi: Rohit Sharma on Saturday was named as the Test captain of India when chief selector Chetan Sharma announced the squad for three T20Is and two Tests against Sri Lanka. Sharma also announced that senior batters Cheteshwar Pujara and Ajinkya Rahane were dropped from the two-match Test series against Sri Lanka in March.

Sharma said in the virtual press conference that both batters had been spoken to about the decision and have been told to get runs in the ongoing 2021/22 Ranji Trophy. He added that the Indian team is looking to groom future captains under Sharma.

The appointment of Sharma, already the white-ball captain of India, makes him the full-time all-format skipper for India, completing his takeover from Virat Kohli. Pacer Jasprit Bumrah, rested from the white-ball series against West Indies, will be serving as Sharma’s deputy in Tests as well as T20Is.

Ravindra Jadeja makes a comeback to the Sri Lanka series from injury which caused him to miss the second Test against New Zealand and the tours of South Africa and West Indies.

In the Test squad, Wriddhiman Saha and Ishant Sharma failed to find spots while Uttar Pradesh’s left-arm spinner Saurabh Kumar is the new face alongside a returning Kuldeep Yadav.

In the T20I squad against Sri Lanka, Sanju Samson will be the back-up keeper-batter as Rishabh Pant and Virat Kohli have been sent home for rest ahead of the third T20I against the West Indies on Sunday and T20Is against Sri Lanka.

Sharma further gave fitness updates on other injured cricketers. Shardul Thakur has been given a rest from the Sri Lanka series while Washington Sundar and KL Rahul, nursing hamstring and upper thigh strain injuries, are ruled out for the entirety of the Sri Lanka series. He also said that Ashwin, undergoing rehab for his injury at the National Cricket Academy (NCA), will be assessed by team management ahead of Mohali Test and hoped that left-arm spinner Axar Patel will be fit by the second Test in Bengaluru.

The T20Is against Sri Lanka begins from Lucknow on February 24 followed by second and third matches at Dharamshala on February 26 and 27. The Tests will be held in Mohali and Bengaluru from March 4 to 8 and March 12 to 16 respectively.