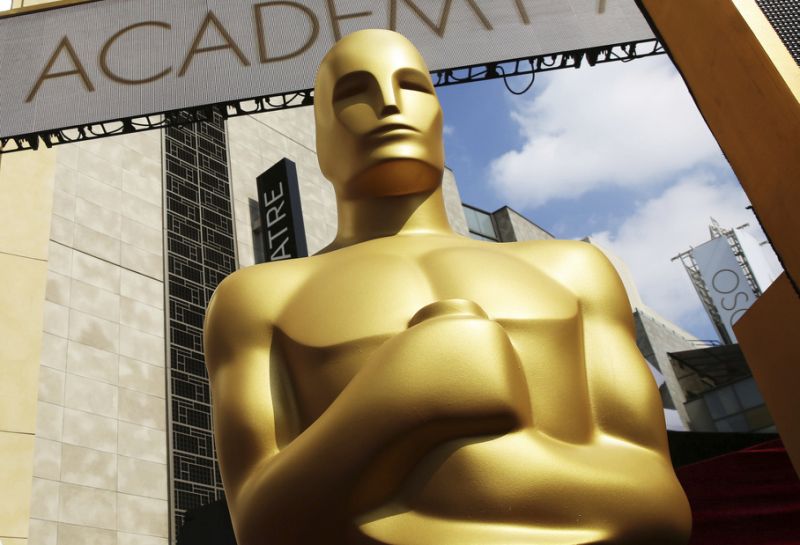 Los Angeles: Mexican filmmaker Alfonso Cuaron’s “Roma”, a memoir of his childhood in 1970s while living in Mexico, and Olivia Colman’s period drama “The Favourite”, are in a tie with 10 nominations each for the 91st Academy Awards, where an India-set drama on menstruation, apart from three films backed by Reliance Entertainment, will contend for Oscars — lending a touch of diversity to the line-up.

Kumail Nanjiani and Tracee Ellis Ross on Tuesday announced the nominations for the Oscars on behalf of the Academy of Motion Picture Arts and Sciences.

Even though India’s official entry for the Oscars, Rima Das’ Assamese film “Village Rockstars”, failed to make it to the initial shortlist, “Period. End of Sentence”, an India set film on the taboos around menstruation and featuring the real ‘Pad Man’ Arunachalam Muruganathan, has made it to the top five nominees of the Documentary Short Subject category.

Other nominees in the section include “Black Sheep”, “End Game”, “Lifeboat” and “A Night At The Garden”.

Ecstatic about making the cut, Indian producer Guneet Monga, who backed the project, told IANS: “We made it… It is beyond everything we thought.”

“Green Book” finds a spot in five categories, “First Man” has got four and “Ready Player One” features in one category for the awards show, which will be held on February 24 and will air in India on Star Movies.

“It is exciting news and truly says a lot about how a compelling story always works. We are extremely proud to be associated with these films and we hope for the best,” Shibashish Sarkar, Chief Operating Officer, Reliance Entertainment, told IANS.

The buzz around Cuaron’s Netflix film “Roma” is likely to get a fillip with the news of 10 Oscar nominations, including Best Picture, Best Director and Best Actress In A Leading Role (Yalitza Aparicio) among others.

In an interview to IANS, Cuaron had recently said: “When a film like ‘Roma’ is recognised for awards, I feel the importance of that is to open the dialogue for diversity… Diversity in which people are open to embrace a human experience even if it is shown in the form of other people that aren’t like you.”

Diversity is in full bloom in the Oscar nomination list this time.

Lady Gaga and Bradley Cooper’s “A Star Is Born” and Christian Bale-starrer “Vice” have eight nominations each, followed by seven nominations for “Black Panther”, which has become the first superhero film ever to make it to the Best Picture category at the Oscars.

“BlacKkKlansman”, a story about an African-American police officer, has scored six nominations, followed by five nominations for “Bohemian Rhapsody” and “Green Book”, and a tie for “First Man and “Mary Poppins Returns” with four mentions each.

Actor In a Supporting Role: Mahershala Ali (“Green Book”), Adam Driver (“BlacKkKlansman”), Sam Elliott (“A Star Is Born”), Richard E. Grant (“Can You Ever Forgive Me”) and Sam Rockwell (“Vice”).