Roof caves in after explosion in Odisha’s Balasore 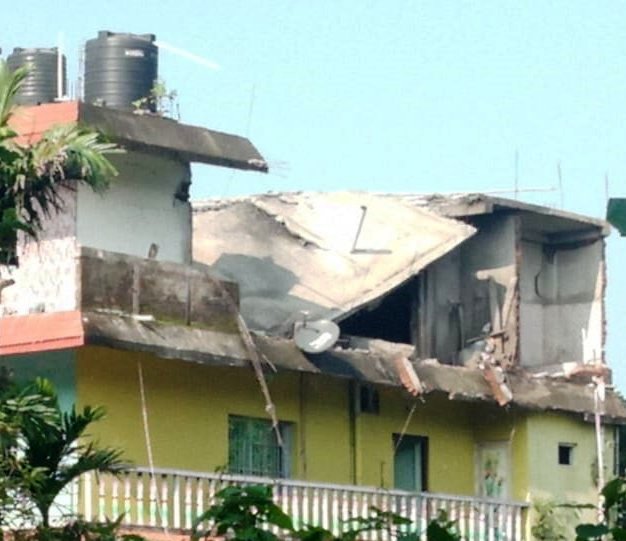 Though the reason behind the incident is yet to be ascertained, it is suspected that LPG cylinder explosion or blast during manufacturing of crackers led to the mishap, the official said.

One Sridhar Mohanty, a mason by profession, was staying at a rented house on the top floor of the building, which is owned by Kalicharan Mohapatra of the village. The tenant was untraceable till last reports came in.

Walls of the portion of the building were also damaged in the explosion. On being informed by locals, police reached the spot this morning and started investigation.

Odisha: 22-YO woman charred to death, husband critical as…