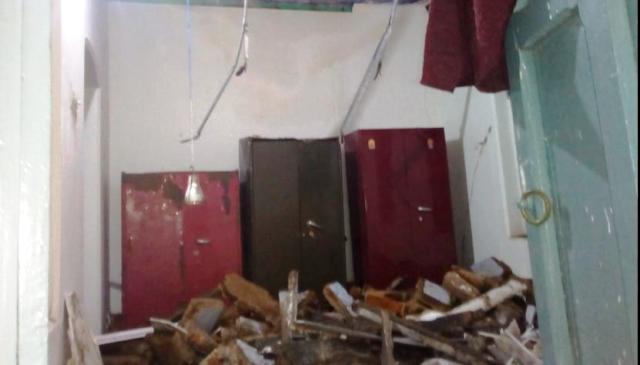 Udala: An official residence of Udala sub collector will be declared ‘unsafe’ very soon after its roof collapsed recently damaging valuables and articles at house here in Odisha’s Mayurbhanj district.

However, no casualty was reported in the incident as there was nobody in the house.

According to reports, the incident took place when Udala sub collector Bhagaban Behera was on an official tour to Baripada for two days. Even, his family was not present during the incident.

After returning to house on Friday morning, Behera found roof of his bedroom had collapsed. The furniture and articles in the room were damaged.

He informed about the incident to his higher authorities.

He said that the house will be declared unsafe very soon.

Notably, the official residence of Udala sub collector was built during British regime. Rather declaring the old building as unsafe, it was still used by the official.