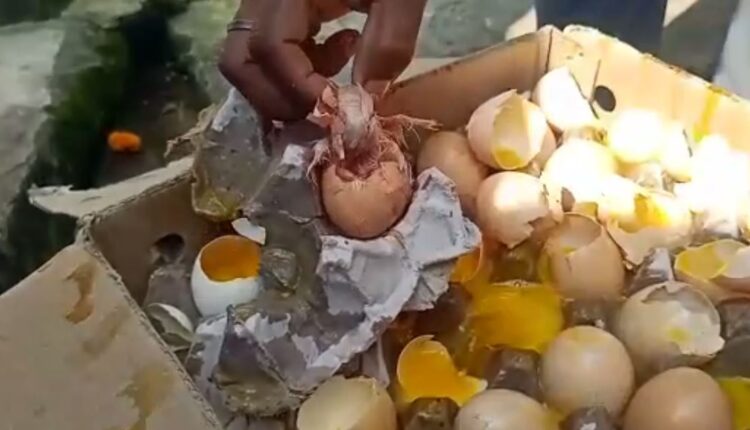 Acting on a tip-off, the food inspection squad seized 10 packets of rotten eggs from an autorickshaw in Saantasahi area in the city. The autorickshaw driver stated the rotten eggs were being transported from Athagarh to a bakery unit at Saantasahi.

“During the raid the inspection team found ‘kanjia’ eggs were being transported in the vehicle. The eggs from which chicks do not come out, the hatcheries should damage them. Instead they sold the ‘kanjia’ eggs to the bakery units,” said CMC health official Satyabrata Mohapatra.

Experts are of the opinion that food prepared out of ‘kanjia’ eggs will cause food poisoning. It could be fatal for children and old age persons.

“If anyone consumes rotten eggs, the concerned person will suffer from diarrohea, vomiting and typhoid. Children and old age people are at greater risk. Food poisoning may lead to kidney failure or even death,” said senior doctor Dr Sami Salim.

Aryan Khan drug case: Two accused from Odisha were in possession of drugs