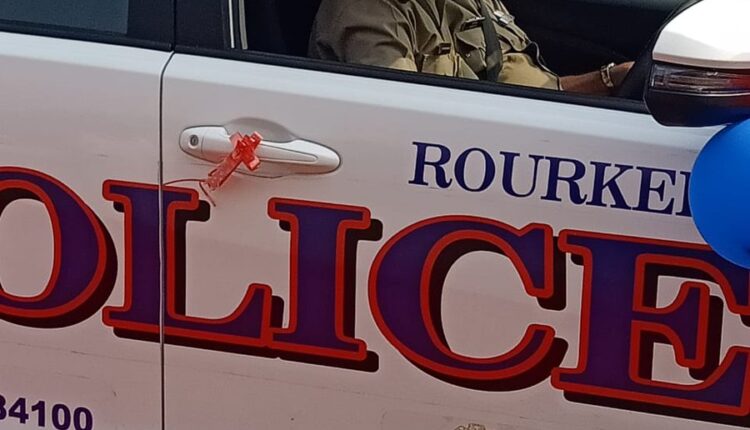 Rourkela: The Rourkela Superintendent of Police Mukesh Kumar Bhamu today suspended a Sub Inspector and transferred an In-charge of the Sector-7 police station for allegedly detaining minor boys overnight at the police station in the city.

As per reports, a handloom expo was being held at Bhanja Mandap in Sector-5 on April 8 evening. The parking area adjacent to the handloom expo venue was taken on lease by Binaya Ram with due permission of the Sector-7 Police Station.

In order to ensure safety of the vehicles at the parking lot, Ram had engaged some minor boys to collect the fee from the vehicle owners and provide them token.

However, she told the minor boy engaged at the parking lot that she is a police officer. The boy then requested her to go without asking for the parking fee.

The female police officer remained vindictive and decided to teach a lesson to the minor boys. She called up her husband working as the Station In-charge at the Sector-7 Police Station.

One of them was about to complete 18 year and falling short of seven days on April 8. Ram, the parking lot leaseholder, was also detained by the police.

When family members of the detainees staged protest in front of the Secor-7 police station, the police let the five persons go the next day sensing that the situation might go out of control.

One of the five persons was a Plus II Commerce student and was unable to appear in the exam on April 9 due to the detention by the police.

Following a complaint, the CWC Chairperson Ramchandra Behera launched an investigation and submitted a report to the Rourkela SP. Behera also recommended stringent action against the police officials who violated the rules.