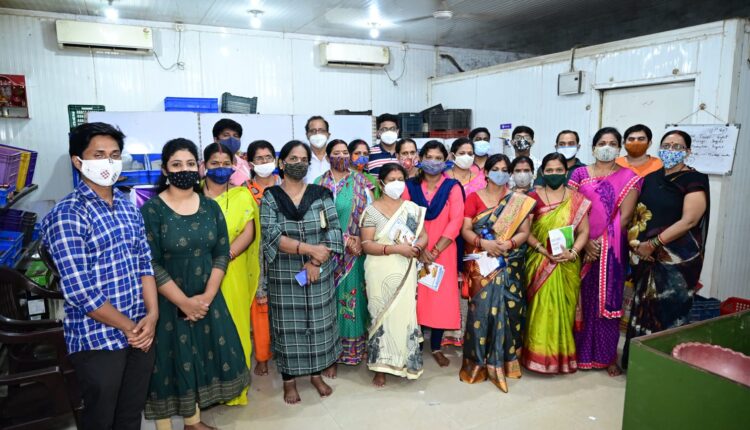 Two Women Self Help Groups (SHGs) of the city have been selected for this prestigious project. They already have the experience of working with RMC and possess all the necessary skills of working as a team which makes them a befitting choice.

The training session was divided into 3 sessions. In the first session, they were told about the theory aspect of cold storage operation to make them familiar with the new task. Demo and mock drills were carried out in the next session while the last session was open to discussions where the team addressed the concerns of the SHGs members in detail. The members are thrilled to be a part of this project and showed great enthusiasm throughout the sessions. They are confident that they would be able to perform in their newly assigned roles.

Rourkela is now competing in the last leg of Global Mayors’ Challenge 2021, a worldwide innovation competition organised by Bloomberg Philanthropies. The team had proposed to establish solar-powered cold storage outlets at various locations to be managed entirely by WSHGs. The programme will be run by Rourkela Municipal Corporation (RMC) with its partner, local technical startup Koel Fresh Private Limited.

The idea was to enhance not just the livelihood of women but also fruits and vegetable vendors who are forced to throw away or sell their produce at a lower price at the end of their trading day due to the absence of any proper storage facility. With such provisions, even the residents of the city would be benefitted as fresh produce would be made available to them right at their doorstep.

Presently, Rourkela is in the Top 50 Cities in this competition. The final top 15 cities will be awarded $1 million each, which would help them implement their innovative ideas on the ground and also replicate the same in the other cities around the world.