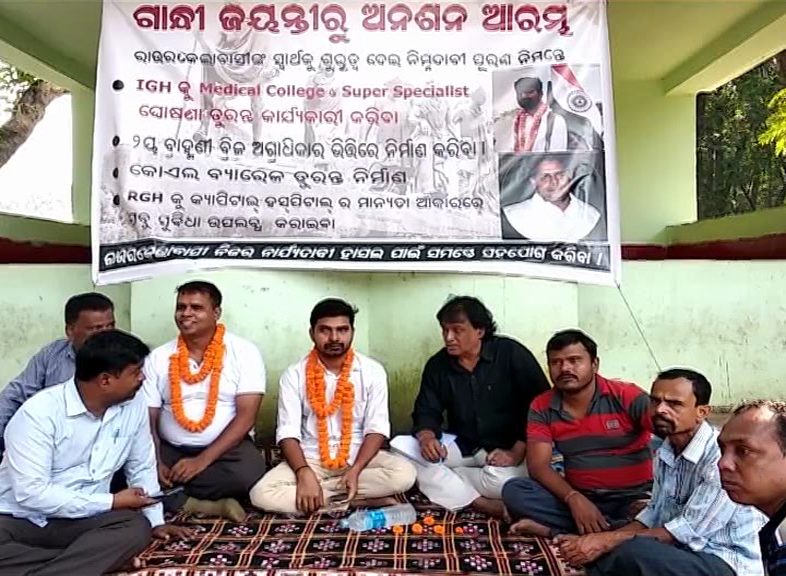 Rourkela: Muktikanta Biswal, the Rourkela youth who had walked all the way to New Delhi to meet Prime Minister Narendra Modi, staged a hunger strike for indefinite period in front of the Ispat General Hospital here yesterday for pressing his demands.

Upgradation of Ispat General Hospital (IGH) into Super Speciality Hospital & Medical College, construction of second Brahmani bridge in Rourkela and construction of Koel barrage are the prime demands of Biswal.

It may be recalled here that, Biswal, after walking around 1550 km over 70 days, had reached Delhi on June 27 to remind Prime Minister Narendra Modi of his promises made on April 1, 2015 to upgrade SAIL’s Ispat General Hospital (IGH) into Super Speciality Hospital & Medical College and construction of second Brahmani bridge.

He then staged hunger strike initially at Ramlila Maidan and later at Jagannath Temple, Hauz Khas as he was unable to meet the Prime Minister despite repeated attempts.

Later, Biswal had on July 30 launched a Padajatra from Rourkela to Bhubaneswar to meet Chief Minister Naveen Patnaik. The CM had assured him to look into the demands.