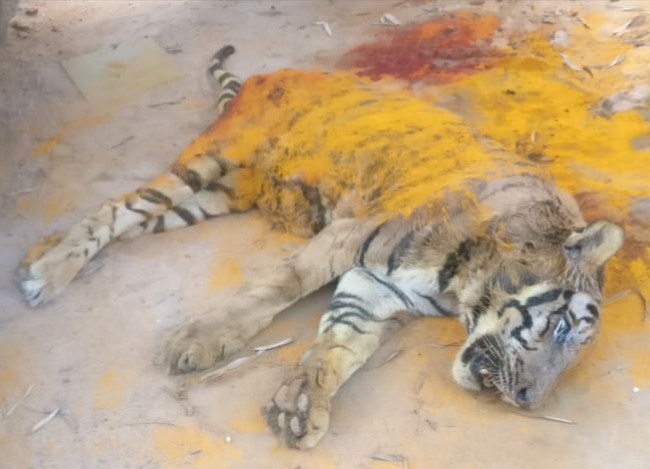 Bhubaneswar: A 17-year-old Royal Bengal Tiger named “Roshan” died today at the Nandankanan Zoological Park (NZP) in Odisha capital. The animal was ailing for the past few months after being diagnosed with paralysis, an official said.

The carcass has been sent for postmortem. “The postmortem report will reveal the exact cause of the death,” the zoo official said.

The average age of a Royal Bengal Tiger is 16 to 18 years and most of them suffer from ailments after attaining 16 years.