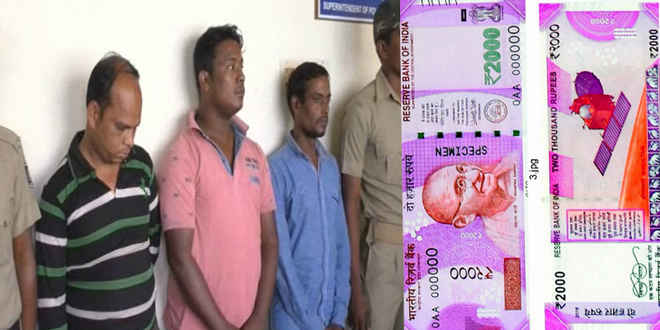 A fake currency racket has been busted with the arrest of four persons and seizure of counterfeit notes worth Rs 27.46 lakh in Odisha, police said on Saturday.

The police in Jajpur district busted the fake currency racket and seized counterfeit notes of Rs 2000, Rs 500, Rs 100 and Rs 50 denomination worth over Rs 27.46 lakh.

Soumendra Priyadarshi, Inspector General (Central), said the accused were trying to circulate the counterfeit notes in the local market as the place is inhabited mostly by illiterate and innocent villagers.

“We are apprehensive that more persons are involved in this racket. The investigation is still on to nab all the culprits involved in the currency racket. We are trying to find out their modus operandi,” the IG said. (IANS)