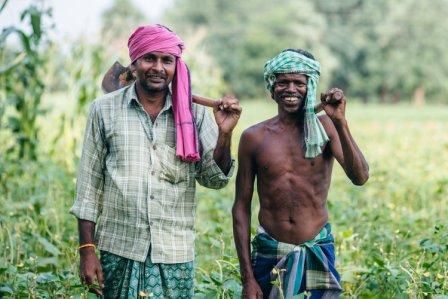 Bhubaneswar: The Odisha government today provided Rs 386 crore as the Chief Minister’s Covid Assistance to landless farmers under the Krushak Assistance for Livelihood and Income Augmentation (KALIA) scheme. Each landless farmer received Rs 1,000 additional assistance apart from an installment of the financial assistance under the provision of KALIA scheme.

While announcing about the government’s move through video conferencing, Chief Minister Naveen Patnaik informed as many as 18 lakh landless farmers have been benefitted.

Expressing his happiness over disbursal of the Chief Minister’s Covid Assistance, Patnaik said farmers, workers and daily wage labourers are the nucleus of the Indian economy. Sacrifice and hard work of landless farmers are the key to success in agriculture, opined the Chief Minister.

He reiterated his fight to ensure the Centre implement the M S Swaminathan Committee’s recommendations.

The Chief Minister further said his government’s priority has been to safeguard the interests of farmers. Mentioning that the KALIA scheme is close to his heart, Patnaik said the scheme has brought smile on faces of lakhs of farmers.

He also talked to three landless farmers who have been benefitted with the KALIA scheme virtually.

Worth mentioning, farmers receive Rs 12,500 in three installments under the KALIA scheme. The amount gets credited directly to bank accounts of the farmers.