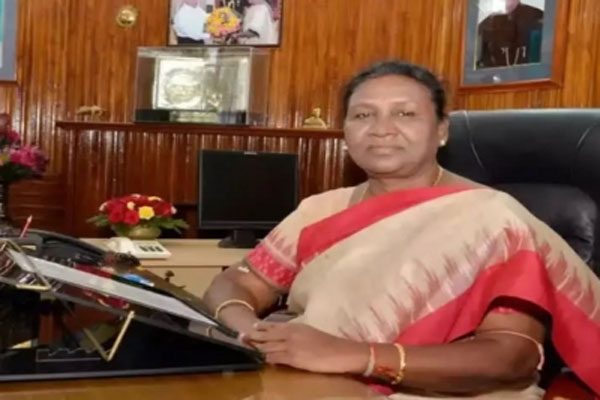 Rairangpur: Odisha’s Rairangpur in Mayurbhanj district, which shot to limelight as President Droupadi Murmu’s hometown, will now have a special circuit house dedicated to her during her visit to the State.

As per reports, preparations are afoot by both the Centre and the State government to erect a special circuit house for the President in Rairangpur and Rs 50 crore will be spent towards this purpose. Sources said five acre land coming under plot no 12 and mouza khata no 103 has been identified near the office of ASP and PWD daak bungalow in Mahuldiha under Rairangpur tehsil. A proposal in this regard has been sent from the Public Works department to the office of the Notified Area Council (NAC). As per the plan layout, the President’s suite will include a drawing room, conference hall,  portico, parking space and a park.

Besides, two five storey buildings will be constructed for accommodation of central government employees/officials and security personnel deployed in the President’s duty. Work is being reportedly accelerated and the circuit house is expected to be completed soon.