Rs 6 crore to be spent for Divyangs in Odisha Capital 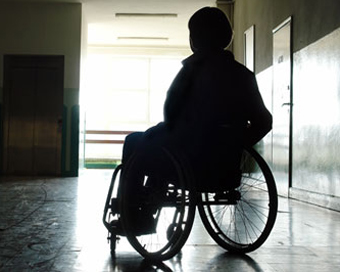 Amid Centre’s initiative to develop infrastructure for the Divyangs (persons with disabilities), Odisha government has decided to provide land in 21 locations in the state capital at investment of Rs 6,7,13,000.

The funds will be sanctioned soon to Public Works department’s division 1,2,3 and 4 in Bhubaneswar. The department has been asked to prepare a blueprint about the building architect and facilities for the physically challenged persons as per the guidelines of Department of Social Security and Empowerment of Persons with Disabilities.

The infrastructure will be developed for the Divyangs ensuring smooth transport facility at work places. The decision came following the directive by Supreme Court on improving the transport facility for the persons with disabilities at all the government offices.

The directive has been issued to the Housing & Urban Development department of Odisha to implement the order in Bhubaneswar by July 2018 and remaining 10 major cities of the State by 2019.

“We have decided to have facility for the persons with disabilities in all the offices in Bhubaneswar. This has been executed in entrance and exit doors of some buildings. As per the upcoming rules by the Bhubaneswar Development Authority (BDA), the facility will be provided for the Divyangs in all the government offices, private buildings and apartments”, said a senior BDA official.

Scholarship for securing 90% marks in Odia in Odisha colleges