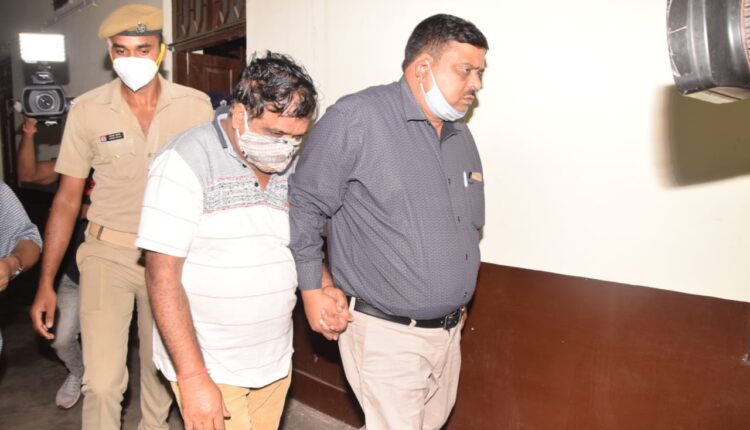 It is worthwhile to mention here that Agarwal had been under the scanner of State GST Enforcement Squad since long. However, he used to change his address frequently from Rourkela to Haryana, Tata and Sambalpur. After rigorous exercise by the Enforcement Squad, Agarwal was nabbed at Sambalpur. Some of the accused involved in the racket have been arrested earlier.

Consequent upon tracking of a chain of fraudulent transaction followed by scrutiny of suspected e-waybill transactions and collection of intelligence, physical inspections were carried out simultaneously at 14 business establishments. These were however found to be non-existent and fictitious, an official said.

During interrogation, proprietors of these fake firms admitted that they were neither doing any business nor effecting any purchases/sales in the name of their firms and the transactions reflected in their returns were only paper transactions without any actual receipt and supply of goods.

All of them also categorically admitted that they had neither deposited nor withdrawn any amount from the bank account opened in the name of their firm. The banking transactions in the name of the firms had been undertaken by Agarwal by misutilising the signed cheque book and RTGS forms taken from the innocent persons in whose name registration had been taken fraudulently and in some cases by forging their signature.

The bank officials were also interrogated regarding the fraudulent opening of current bank accounts in the name of the above fictitious firms and routing of huge cash transactions.

“The house owners of the rented principal place of business of all the fictitious business entities were confronted. On such interrogation, all the rent agreements were found to be forged,” the official added.