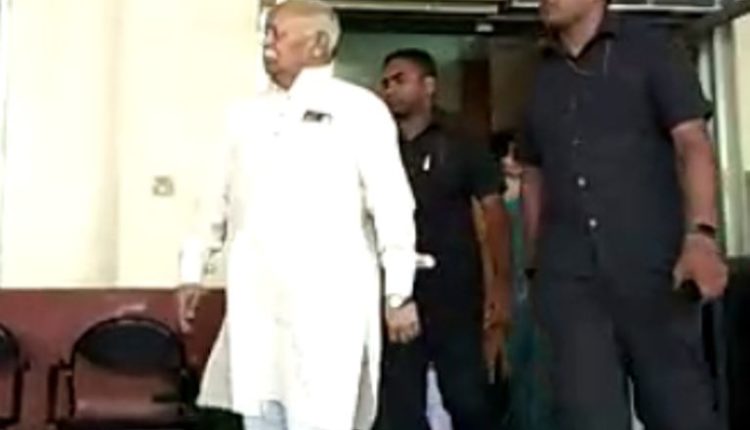 Bhubaneswar: Chief of Rashtriya Swayamsevak Sangh Mohan Bhagwat today arrived in Bhubaneswar on a nine-day visit to the State. He will attend the meeting of the Akhil Bharatiya Karyakari Mandal where reportedly around 400 functionaries from different states and affiliated groups will also be present between October 15 and 20.

This apart, sources said working president of BJP JP Nadda, too, is likely to be present at the meeting scheduled to be held at Siksha O Anusandhan University premises starting October 15.

The meeting is scheduled to discuss a host of issues including, abrogation of Article 370, ban on Triple Talaq, forthcoming assembly polls, world climate, the implementation of Registrar Council of India (RCI) and Ram Mandir issues.

At a time when BJP is making significant progress in Odisha and became main opposition party, the timing of the RSS meeting is seen as a crucial move, said a political observer.