Ruckus in Assembly over demand for HC Bench in W Odisha 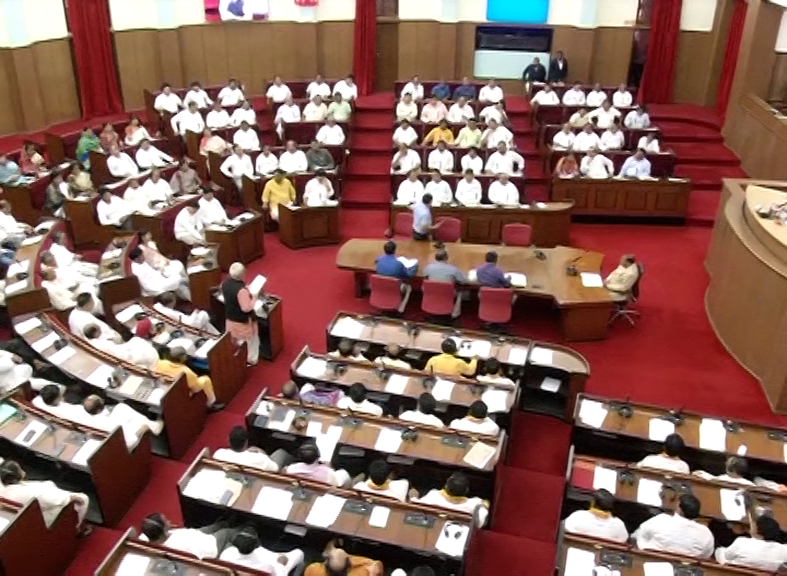 Bhubaneswar: The proceedings of state Assembly were disrupted today with Congress legislators creating uproar in the House over the long-standing demand for setting up of a permanent High Court Bench in western Odisha.

During Zero Hour in the House, senior Congress leader Narasingha Mishra alleged that it has been 6 years since Justice CR Pal Commission submitted a report on HC bench in Odisha, but the Government is yet to table the report in the state Assembly.

“The commission’s report should be table in state Assembly within six months of its submission. Almost six years have been passed, where is the report?”questioned the MLA seeking a ruling of the Speaker and reply from Chief Minister Naveen Patnaik.

Later, several Congress legislators went to the well of the house and created an uproar. Opposing Congress’ disturbances in the House, BJP legislators stood up and staged protest. Following the  ruckus, Speaker Surjya Narayan Patro adjourned the House till 3 PM today.

Earlier in the day, lawyers of Bolangir District Bar Association took out a protest rally from Master Canteen to the Assembly and later staged a demonstration demanding establishment of a permanent bench of the HC in the district.

February is still there, and Bhubaneswar on boil at 40.6 degree Celsius