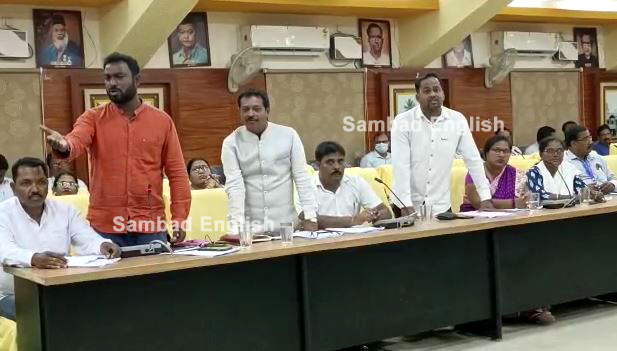 The Council members demanded details of the expenses to be furnished before them in the meeting prior to taking up any other matter for discussion and starting usual proceedings.

“We, being bonafide members of the Works Committee, were not duly informed and asked to remain present when the preparatory and development works of Bali Jatra were carried out. Why have we been included as Members of the Committee then?” an Opposition corporator questioned.

An official source said that as FIH Odisha Hockey Men’s World Cup 2023 is all set to commence from January 13, 2023 in Bhubaneswar and Rourkela cities and a world class celebration has been chalked out to be held on January 11 in Barabati Stadium here to commemorate the beginning of this mega sports event, vital issues pertaining to the inaugural ceremony were to be discussed in today’s meeting.

Usual proceedings were halted for quite some time following the uproar, the source added.

In another incident, earlier in the day, BJD organisational secretary Pranab Prakash Das conducted a closed-door meeting of the party corporators at Grand Residency in the city. Das discussed with the corporators for smooth conduct of the ceremony and appealed them for their active cooperation. “No other matter was discussed in the meeting,” BJD district unit president Debasish Samantray said.

It is pertinent to mention here that former Banki BJD MLA Pravat Kumar Tripathy had also raised the issue of corruption in the expenses of preparatory works taken up for Bali Jatra, few days ago.