Ruckus in Odisha Assembly over mismanagement in Jagannath temple 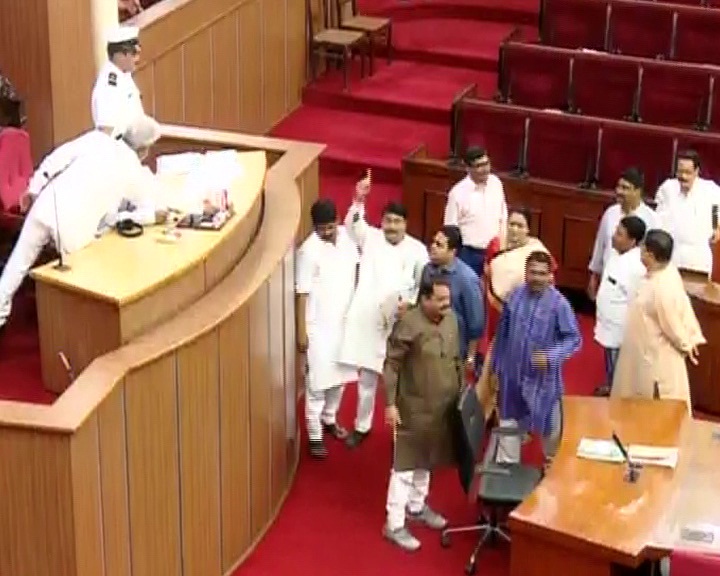 Bhubaneswar: The oppositions Congress and BJP on Tuesday created a ruckus in the Odisha Assembly over rituals mismanagement in Jagannath Temple in Puri on Monday, following which the Speaker adjourned the house twice.

As the House met for the day, the opposition members rushed to the Speaker’s podium and shouted slogans blaming the state government for the disturbances in Jagannath temple rituals.

“It is deplorable that the rituals of the deities delayed while thousands of devotees did not get the ‘Mahaprasad’. It happened due to the negligence of the concerned authorities,” said the leader of opposition Narasingh Mishra.

BJP MLA Pradeep Purohit said while the servitors are on strike, the state government is in deep slumber.

He demanded action should be taken over the mismanagement in rituals.

Ruling party chief whip Amar Prasad Satpathy said the government was aware of it and it was taking steps to resolve the issue.

With the delay in rituals, ‘Mahaprasad’, prepared on Monday, remained unsold due to serious disruption in daily rituals of deities. The unsold ‘Prasad’ will be dumped in Koili Baikuntha on Tuesday.

The Orissa High Court had recently ordered implementation of one of the recommendations of the Justice B.P. Das Commission on Srimandir Reforms that none other than the servitors, who have rituals to perform inside the ‘Garbha Gruha’ (Sanctum Sanctorum), be allowed beyond the Bhitara Katha.

SJTA Chief Administrator Pradeep Jena has requested the servitors to cooperate in the smooth conduct of the temple rituals.