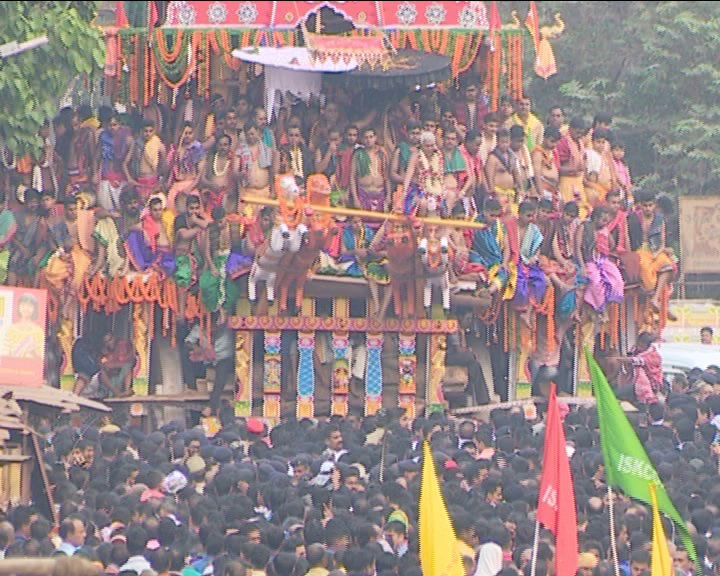 Bhubaneswar: In what could be termed as ‘omen’ during Rukuna Rath Jatra of Lord Lingaraj, a servitor fell off the chariot minutes after the festival resumed here today.

The servitor identified as Narasingha Khuntia, the Dahuka of the Rukuna Rath, was rushed to the Capital Hospital for treatment.

According to reports, the incident took place at Badheibanka Chhak just minutes after devotees pulled the chariot with great spirit. The programme of chariot pulling delayed following the incident.

Worth mentioning that the chariot festival of Lord Lingaraj was halted yesterday after the rope of the chariot snapped off for four times.

Hundreds of devotees had to return with great disappointment not to have pulled the chariot of Lord Shiva on the auspicious occasion of Ashokastamee on Saturday.

As per the decision by the Lingaraj temple authorities, the pulling of chariot resumed this afternoon. However, devotees once again witnessed negativity during the holy festival of Lord Lingaraj as the servitor was injured after falling off the chariot.

Sital Sasthi Jatra of Lord Lingaraj to be held in Odisha…