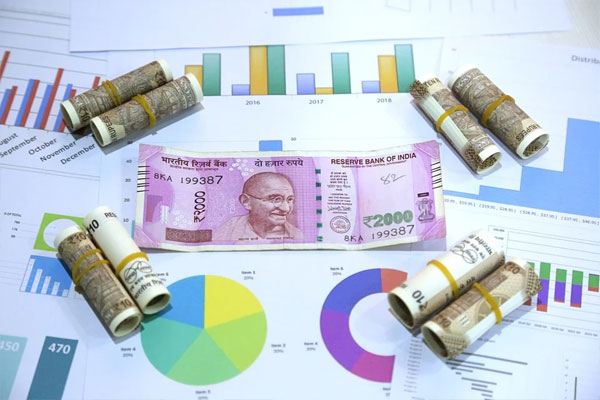 Mumbai:  After sustaining its winning streak, the Indian Rupee is expected to slip during the upcoming week on the back of high crude oil prices along with somber macro-economic data.

Accordingly, crude oil at over $68 per barrel is expected to exert pressure on the currency as well as stroke domestic inflation.

“Crude staying above $68 per barrel is a damper for the rupee. A range from 72.55 to 73.25 can be expected for the coming week,” Sajal Gupta, Head, Forex and Rates at Edelweiss Securities said.

“Nifty looks a bit wobbly on stretched valuations. Any close above 15,400 can lead to further strength in rupee but this looks less likely.”

Besides, recently released inflation along with industrial production data are expected to dampen the rupee’s prospects.

The retail inflation, measured in Consumer Price Index (CPI) rose to 5.03 percent in February from January’s rise of 4.06 percent.

India’s factory output, measured in terms of the Index of Industrial Production (IIP), witnessed a contraction of (-)1.6 percent in January.

“Somber economic data will put pressure on Indian currency, though we expect dollar supply to come in near 73.3 level. The pair has support near 72.26,” said Devarsh Vakil, Deputy Head of Retail Research at HDFC Securities.

According to Rahul Gupta, Head Of Research-Currency, Emkay Global Financial Services: “Market attention now turns to the US Federal Reserve’s meeting next week, focusing on any comments about rising yields.”

“On the technical front, a bearish divergence is observed in USDINR daily chart, so we expect the trading range to be 72.25-73.25.”

In addition, a slew of upcoming IPOs can limit the rise in the USDINR spot prices.