Ruskin Bond promises more of Odisha in his upcoming books 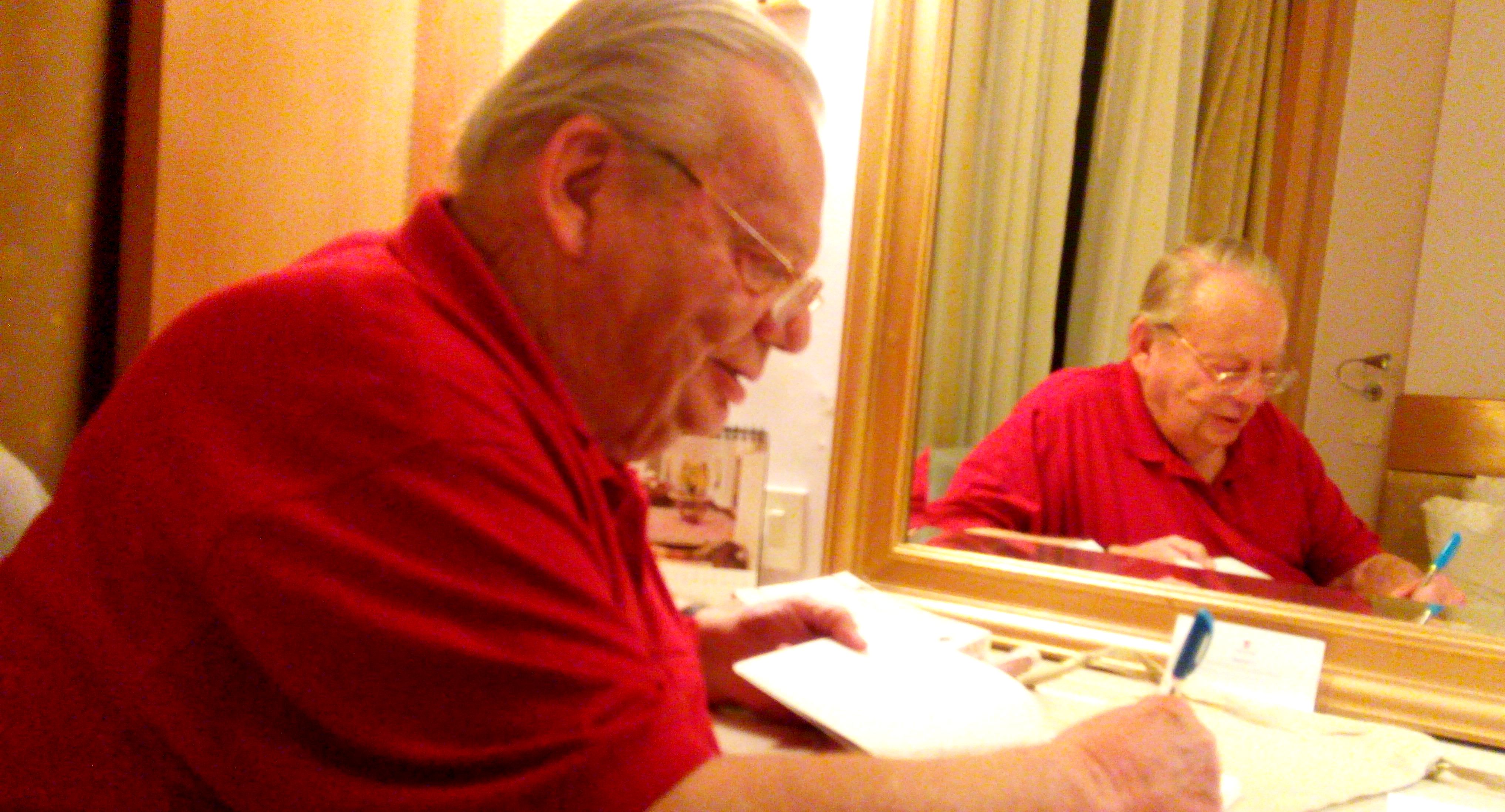 Bhubaneswar: Odisha is still untouched by the mayhem the country sees today, said the jolly grandpa of English literature, Ruskin Bond whose stories feel home and speak of characters we’re sure to encounter in our life.

Here to attend Bhubaneswar Literary Fest, the eminent writer, shared some of his life’s memories, opinions and experience in a conversation with Odisha Sun Times.

Ruskin Bond lost his father when he was only nine years old and had a lonely two to three years. “I found refuge in books at that time. We had a wonderful library in our school so I would read lots of books by different authors like Charles Dickens and Charlotte Bronte. I also read popular authors like Agatha Christie and P.G. Wodehouse. Detective stories have also been my favourites which I am currently reading too (pointing to ‘The word is Murder’ by Anthony Horowitz kept on his table). As I grew older, I was given complete charge of my school library so I had the key! I would spend my time there reading books, a whole lot of them,” he said.

He went to no college or university after his school and instead pursued writing while doing odd jobs to take care of his daily expenditure. Speaking about his early days of writing, he said, “In school, I had this exercise book where I would note down everything including my experiences in school with teachers. I would rather write funny things about them and it fell into the hands of the headmaster one day! He said, ‘I see you’ve been wasting your time, Ruskin,’ and tore it. So, my first novel was down in the dustbin before anyone knew (laughing). Anyway, I had decided to pursue writing by the time I completed my schooling. When I went to my mother and she asked me about my future plans, I said that I wanted to be a writer to which she replied, ‘Don’t be stupid, Ruskin. Join the army’, because in those days we had limited career options. Joining army was the best of all but it didn’t interest me. I flew to London and worked there to earn while writing my first novel, ‘Room on the Roof,’ which astonishingly is still around!”

Over the years, a lot of things have changed including the writers, the writing style and the number of publishers, is what he feels. “About 30-40 years ago, we hardly found any publisher but it has now become a business. Writing is fashionable these days while in my early days, one didn’t really earn much through writing. Also, technology has brought about a whole new dimension to it. Years ago, a writer had the pleasure of anonymity and we were known by names, not faces. Today, writing can make you a celebrity. Being anonymous is better because then I can walk around freely and observe people,” he said. He further expressed how his love for longhand writing has kept him away from gadgets. “It is also out of laziness that I avoid all these technological stuff,” he laughed.

Born into an English-speaking family, he too picked up the same. His Hindi learning was restricted as it was the colonial period. “Hindi was introduced in the curriculum later in 1948 and I had completed my schooling by then,” he said. Emphasising on the importance of regional language, he said it’s important for everyone to learn it. “Though the chances of success in books written in the regional language are less or restricted. You can always get it translated,” he added.

“I feel, Odisha is still untouched by all the chaos and mayhem of the country. I have been to Gopalpur, Puri and Konark, not much into the interiors but I am sure we’ll see more quiet corners in Odisha than Mussoorie. This city itself, it has wide avenues, free spaces and lawns to spend some time. I have come here a lot of time and I feel at home here. Whenever I visit Odisha, guesthouses prepare Dalma, rice and other Odia food. I love the fish curries more. I love fishy things!” he said as he laughed.

He mentioned about a story in one of his ghost story collection, where he wrote about his stay in Gopalpur in a bungalow whose caretaker turns out to be a ghost. “In the story, I forget my passport in Gopalpur’s Bunglaw and when I am back home in Mussoorie, someone knocks on the door. It’s the caretaker with my passport who gives it to me and vanishes!” We might read some more of Odisha in his books very soon, he said.

He works on two-three things concurrently, he said while sharing about his future plans. “I am working on children’s stories, dreams and a short memoir. I’m taking it easy because I have so many books unread still. I have been writing down my dreams since last few months. The first thing I do when I wake up is recalling those dreams and penning them down which is what I’ll come up with next, soon.”

In a message to budding writers, he said, “Keep budding and blossoming! Write more, read even more and keep improving your style.”

His sense of humour adds up to the charm his stories create. Wrapping the interview up, he had a message for Odisha, “Odisha, keep getting more beautiful and prosperous.”