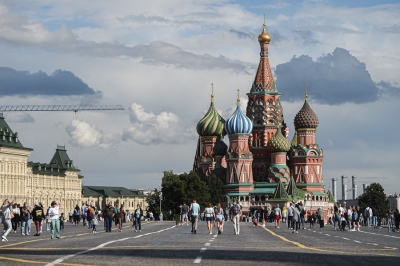 Moscow: Russia has defaulted on its overseas debt for the first time in more than a century after missing a deadline, reports suggest.

Russia has the money to make a $100 million payment and is willing to pay, but sanctions have made it impossible to get the sum to international creditors, the BBC reported.

The Kremlin had been determined to avoid the default, which is a major blow to the nation’s prestige.

The $100 million interest payment was due on May 27. Russia has said that the the money was sent to Euroclear, a bank which would then distribute the payment to investors.

But that payment has been stuck there, according to Bloomberg News, and creditors have not received it.

The money had not arrived within 30 days of the due date, that is, Sunday evening, and so is considered a default, BBC reported.

Euroclear wouldn’t say if the payment had been blocked, but said it adheres to all sanctions.

The last time Russia defaulted on its foreign debt was in 1918, during the Bolshevik Revolution when the new communist leader Vladimir Lenin refused to pay the debts of the Russian Empire.

Russia’s last debt default of any kind was in the 1998 as the country was rocked by the rouble crisis during the chaotic end of Boris Yeltsin’s regime.

At the time, Moscow failed to keep up payments on its domestic bonds but managed not to default on its overseas debt, the BBC reported.

Russia has seemed on an inevitable path to default since sanctions were first imposed by the US and European Union following the invasion of Ukraine.