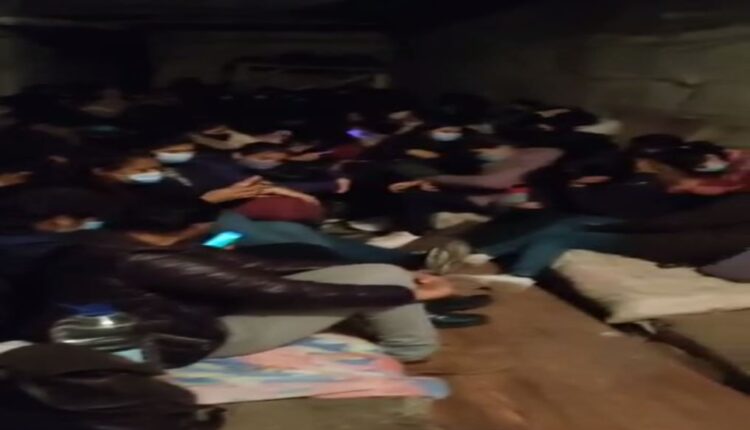 New Delhi: Russia is working to create a safe passage for the stranded Indian nationals in conflict zones in Ukraine, said the Russian Ambassador-designate Denis Alipov on Wednesday.

The Indian Embassy in Ukraine has sounded urgent alerts to stranded Indian nationals to leave Kiev and Kharkiv urgently under all circumstances.

“We are working intensely on creating the corridors, securing a safe passage for the Indian nationals stuck in those areas so that they can travel and be taken safely to Russian territories,” Alipov said.

The Russian Ambassador-designate reiterated that they will do everything possible to ensure the safety of Indian students in those areas of intense conflict.

He also expressed sympathy for the family of Indian student Naveen Shekharappa Gyandagoudar who died in the shelling on Tuesday morning. He announced that they will investigate his death.

Naveen, a 21-year-old medical student from Karnataka, was standing in the queue for food in Kharkiv when he was killed in a shelling. He was a final year medical student at the Kharkiv National Medical University. He was from Karnataka’s Haveri and lived near a prominent government building that was blown up by Russian soldiers.

As war has intensified in Kharkiv streets, the Ambassador-designate said that they are in touch with the Indian authorities regarding stranded citizens in Kharkiv and Sumy and others areas in the north-east of Ukraine.

“Our country is working on the ways and means to launch some operation and to provide humanitarian corridors, so that people have the secure passage to safety on the Russian territory,” he said.

He also lauded India’s decision at the United Nations Security Council. India abstained from voting on the UNSC resolution condemning Russian aggression in Ukraine and committed to dialogue.

“We are very much grateful to India for its balanced position displayed at the UN. As I said, India understands the depth of the current crisis and not just the face value of it — the depth and reasons and sees the whole situation in all its complexities. We hope that India will continue to demonstrate such an approach,” he said.

He also said that India and Russia defence deals will not be delayed and deliveries of S400, a mobile long-range surface-to-air missile (LR-SAM) system, will not face “any obstacles”.

“Sanctions don’t interfere in the deal in any way, whether previous sanctions or newly imposed,” he said.

The war between the two countries has entered into the sixth day after Russian President Vladimir Putin called for military operation on February 24.