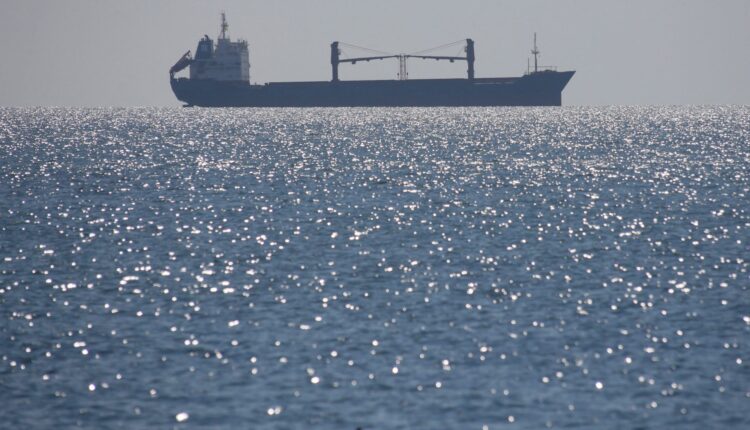 Kiev: A top Ukrainian official confirmed that 39 civilian ships sailing under the flags of 14 countries are currently blocked in the ports of Odesa as a result of the ongoing war.

The news was confirmed by Maksym Marchenko, head of the Odesa Oblast Military Administration, during a meeting with President Volodymyr Zelensky in the southern port city on Saturday, reports Ukrayinska Pravda.

During the meeting, discussions also took place on ways to organise a corridor for the export of agrarian and industrial products from the ports.

Marchenko also informed the President on the consequences of missile strikes by the Russian forces on the city.

According to reports, 55 people were killed in Odesa due to Russian shelling which also destroyed and damaged a number of infrastructure facilities.

Despite the grim developments, Marchenko expressed confidence in “solving the difficult issues with the help of the head of the country” and in “de-blockading our ports and ensuring they can resume their operations”.

This was Zelensky’s first trip to Ukraine’s war-torn southern frontline, as his forces mount a slow-moving advance in the region, reports the BBC.

During a separate meeting with troops stationed in Odesa, he said: “It is important that you are alive. As long as you live there is a strong Ukrainian wall that protects our country. I want to thank you from the people of Ukraine, from our state for the great work you are doing, for your impeccable service.”

The President also visited Mykolaiv, about 132 km from Odesa, where he handed out medals to soldiers and urged them to “take care of Ukraine, the only thing we have. And take care of yourself, only you can do it”.

The city has long been a key target for Russian forces and has been subject to heavy rocket and artillery bombardments.

It also lies just 100 km north-west of Kherson, a city that fell to the Russian forces during the early days of the war.