Russia wishes to continue dialogue with Ukraine amid war 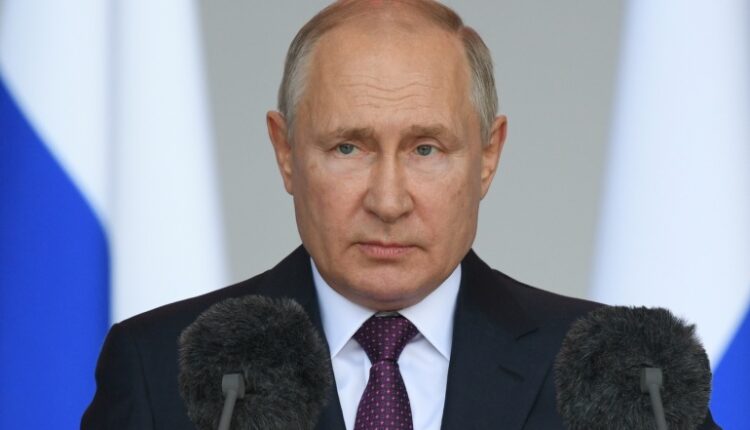 Moscow/Kyiv (IANS) : Russian President Vladimir Putin said that his country wishes to continue a dialogue with Ukraine and wants peace, provided that all of Moscow’s security demands are met amid the war on Kyiv.

Putin made the remarks on Friday during a phone call with German Chancellor Olaf Scholz as the Russian assault on Ukraine continued for a ninth day, reports Xinhua news agency.

The President also expressed hope that Kyiv will take a “reasonable and constructive stance” during a third round of talks between Russia and Ukraine.

According to Ukrainian Presidential Adviser Mykhailo Podolyak, the third round of peace talks between the two warring sides may take place on Saturday or Sunday.

Podolyak said that the talks will take place despite Russia and Ukraine’s tough position, which will likely make the negotiations difficult.

Ukrainian President Volodymyr Zelensky will not make any concessions that could “humiliate” Ukraine’s resistance, Podolyak added.

Parliament also called for the immediate introduction of “a no-fly zone” over the territory of Ukraine.

During a telephone conversation with UK Prime Minister Boris Johnson on Friday, Turkish President Recep Tayyip Erdogan said that Ankara will continue to make efforts for an immediate ceasefire in Ukraine.

Also on Friday, the Finland Chamber of Commerce published a survey saying that the sanctions imposed by some Western countries against Russia in some way will affect up to 90 per cent of Finnish export companies.

The impact of sanctions on companies’ operations was generally seen as negative.

A quarter of the companies that responded to the survey said there could be a significant impact on their business.