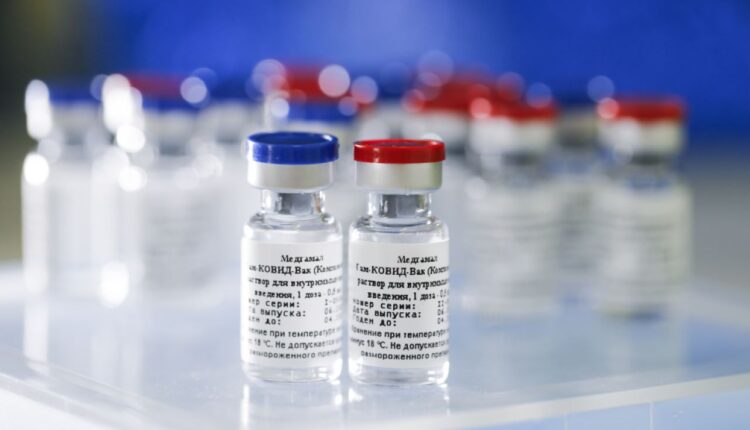 The pharma major expects the Phase 3 trials to be completed next month.

Sputnik V now available in Bhubaneswar; here’s how you can get the jab

After Covaxin, another ‘Made-In-India’ vaccine in the offing; Centre books 30 crore doses

“About 70 per cent of the trials have already been completed. We hope to roll out the product in March,” said Deepak Sapra, Chief Executive Office, API & Pharmaceutical Services, Dr Reddy’s.

He said the Phase 3 trials will be completed in February after which data will be compiled and submitted to the Drug Controller General of India for EUA.

Addressing a virtual press conference to announce third quarter results of the company, he said the company was also gearing up for the production of Sputnik. Initially it will be a combination of import and local manufacturing.

He also revealed that the company is in talks with a couple of local manufacturers. It has already signed agreements for 125 million patient doses of Sputnik V in India.

The pricing of vaccine has not been decided yet. The company plans to cater to both government and private demand.

It was on January 15 that Dr. Reddy’s announced that it has received approval from the Drugs Control General of India (DCGI) to conduct Phase 3 clinical trials.

The trials are to be conducted on 1,500 subjects as part of the randomised, double-blind, parallel-group, placebo-controlled study in India.

In September 2020, Dr Reddy’s partnered with Russian Direct Investment Fund (RDIF) to conduct the clinical trials of the Sputnik V vaccine and for its distribution rights in India.

Sputnik V developed by the Gamaleya National Research Institute of Epidemiology and Microbiology was registered by the Ministry of Health of Russia and became the world’s first registered vaccine against Covid-19 based on the established human adenoviral vector platform.

The vaccine’s efficacy is confirmed at 91.4 per cent, based on data analysis of the final control point of clinical trials in Russia.

Currently Sputnik V is being administered as part of emergency use in 12 countries.

Meanwhile, Dr Reddy’s posted consolidated net profit of Rs 20 crore during third quarter against a loss of Rs 569.7 crore in the year-ago period.

Revenues for the quarter ending December were Rs 4,930 crore which was up 12 percent year on year and one percent over the second quarter.

“We continued with our growth momentum while maintaining EBITDA margins. The profits were impacted due to trigger based impairment charge taken on a few acquired products including gNuvaring. We are progressing well on the Phase 3 clinical trials for Sputnik V vaccine in India. We continue to focus on enhancing our product offerings to our patients to serve them better,” said Dr Reddy’s Co-chairman & MD, G.V. Prasad.

India to receive Sputnik V vaccine consignments from May 1