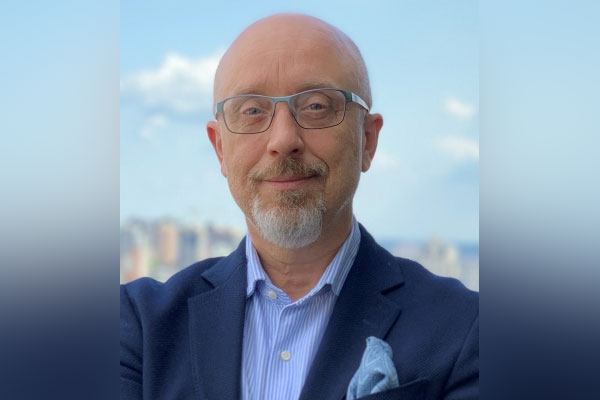 In Reznik’s words: “122 hours of resistance. The heroism of our defenders opens new fronts where the enemy are suffering losses. I want to celebrate our boys and girls in the east. They have become an insurmountable, and terribly demoralising, barrier for the enemy,” Ukrainska Pravda reported.

“On the economic front, Russia has already suffered devastating losses. Russian currency is just paper now. The first ban on Russian oil exports has been announced. The international IT community has joined in the destruction of the occupying army. Even Ukrainian school children went on the offensive on the cyber front,” Reznikov said.

The Ukraine Minister also gave a reminder that the supply of weapons from Europe is increasing; all other needs are covered by aid from Europe too. And in Russia, hundreds of thousands of people have already learned that their government is lying to them, that there is no “special operation”, and that there is, instead, an aggressive war, which has already killed thousands of Russians.

Reznikov stressed that Russia’s barbaric air strikes of peaceful cities are evidence that the Russian troops are no longer capable of fighting the armed Ukrainians, but can only fight peaceful ones like the cowards that they are, the report said.

In Reznik’s words: “This is a war crime. Its perpetrators and organisers are doomed for the rest of their existence to bear the brand of murderers and to hide. Justice is waiting for them.”

It would be just for a special international tribunal to be established in Kharkiv. Coincidentally, the first trial to result in the conviction of Nazis for their war crimes took place in Kharkiv in 1943. Now the Kharkiv tribunal must sentence Hitler’s followers in the Kremlin, who have already “surpassed” him”, the Minister said.

Indian student killed in shelling in war-torn Kharkiv of Ukraine

Will accept hanging if terror charges against me proved:…