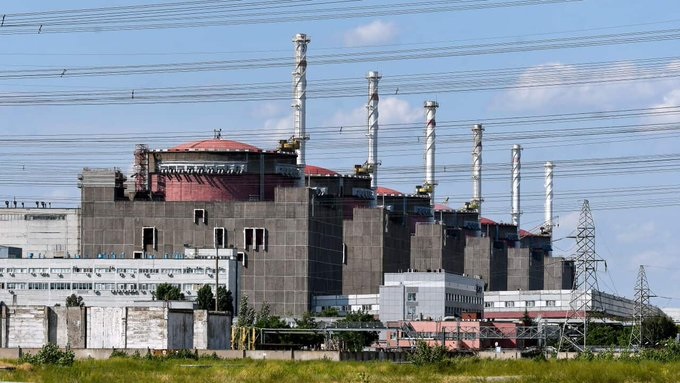 Kyiv: Ukrainian officials said on Friday that Russian forces have seized the Zaporizhzhya nuclear power plant, where a fire had erupted earlier in the day due to shelling.

In a Facebook post, the State Inspectorate for Nuclear Regulation of Ukraine said “the administrative building of the Zaporizhzhya nuclear power plant and the entrance to the plant are controlled by the occupiers. The staff are continuing to work on the power units, ensuring the stable operation of nuclear facilities. Radiation levels are normal.

“Unfortunately, there are dead and wounded among the Ukrainian defenders of the station.”

It said that the plant’s power unit 4 is the only one working currently, while planned preventive maintenance is underway at unit 1 and units 2 and 3 have been disconnected from the grid.

Cooling of nuclear reactors is presently underway in units 5 and 6, as well as 2 and 3, the Inspectorate added.

“Currently, the cooling of nuclear fuel at the Zaporizhzhya NPP energy units is provided by projection systems in accordance with the requirements of technological regulations for safe operation.

“The loss of cooling nuclear fuel will lead to significant radioactive emissions into the environment. Following the consequences, such an event may outgrow all previous NPP accidents, including Chernobyl and Fukusima-Daichi.

“It should be reminded that in addition to six energy blocks on the Zaporizhzhya NPP site there is a reservoir of processed nuclear fuel, which damage as a result of the shelling will also lead to radioactive discharge,” it said in the post.

The fire erupted earlier in the day on the third, fourth and fifth floor of a training building after Russian troops shelled the nuclear power plant which is the largest in Europe.

The blaze was brought under control at around 6.20 a.m. after responders entered the site about an hour earlier.

The attack, which came on the ninth day of Russia’s invasion of Ukraine, has been condemned by world leaders.

While UK Prime Minister Boris Jonson said Russia’s “reckless” attack could “directly threaten the safety of all of Europe”, US President Joe Biden urged Moscow to stop its military activities around the site,

Ukraine currently has four active nuclear plants, including Zaporizhzhia which reportedly accounts for some 25 per cent of the country’s power.