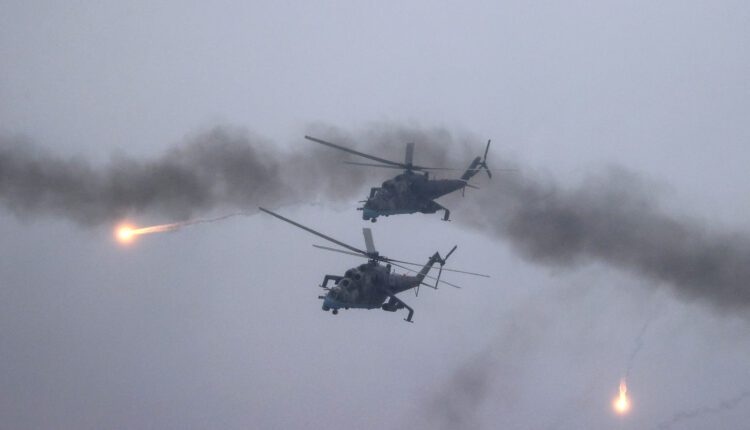 New Delhi: It appears the Russians almost pulled off a plan to seize an airport on the first day of the invasion of Ukraine when 20 attack helicopters landed a crack team of troops at Antonov Airport, 15 miles to the north of Kiev, Daily Mail reported.

A Russian attack on the capital would likely be coordinated with a push by troops on southern and eastern fronts – Crimea and Donbass – aimed at pinning down Ukrainian armed forces so they cannot retreat and reinforce the city, officials told author Michael Weiss.

It may also be accompanied by bombing raids and sabotage attacks on power grids and infrastructure to sow panic and force people to flee, snarling up roads and making it difficult for forces already in Kiev to move around, Daily Mail reported.

The plan appeared to be underway in the early hours, as explosions sounded before dawn with the city under bombardment from what the Ukraine defence minister called ‘horrific rocket strikes’ not seen since 1941.

Ukraine’s armed forces claimed to have shot down a Russian jet over the outskirts of the city, with flaming wreckage seen falling from the sky, as Zelensky gave a national address, saying Russia has identified him as ‘target number 1’ of the invasion but he and his family were remaining in the city.

He said invading Russian forces are targeting civilian areas, praising his countrymen for their ‘heroism’ and assuring them that the armed forces are doing ‘everything possible’ to protect them, Daily Mail reported.

IPL 2022 to begin on March 26; 70 matches to be played across 4 venues with teams divided in two groups