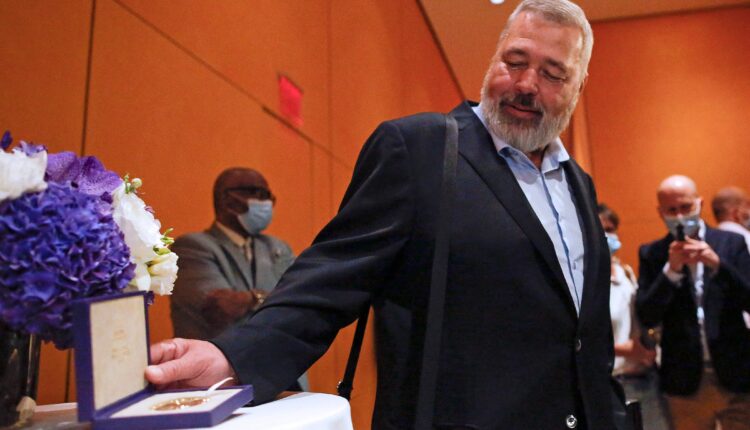 New York: Russian journalist Dmitry Muratov, editor-in-chief of the independent newspaper Novaya Gazeta, has auctioned off his Nobel Peace Prize medal for a whopping $103.5 million and said all the money will go towards helping refugees from the war-torn Ukraine.

The US-based Heritage Auctions, which conducted the sale in New York on Monday, has not revealed who the winning bidder was, the BBC reported.

The sale will benefit Unicef’s humanitarian response for Ukraine’s displaced children, the auction house said in a statement.

“The most important message today is for people to understand that there’s a war going on and we need to help people who are suffering the most,” Muratov said in a video released by Heritage Auctions.

The Nobel Peace Prize 2021 was awarded jointly to Muratov and Filipino-American journalist Maria Ressa “for their efforts to safeguard freedom of expression, which is a precondition for democracy and lasting peace”.

Under the 60-year-old’s leadership, Novaya Gazeta has criticised the Russian authorities for corruption, electoral fraud and human rights violations.

Six of the newspaper’s journalists have been murdered because they wrote critical articles on Russian military operations in Chechnya and the Caucasus, according to the Nobel Committee.

Muratov has on several occasions criticised Russia’s annexation of Crimea in 2014 and the government’s use of military force, both in and outside Russia.

Novaya Gazeta had suspended its operations in March, just days after Russia launched its invasion of Ukraine on February 24.