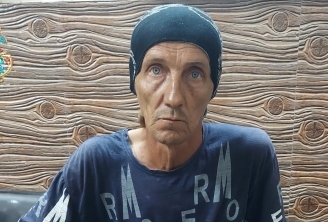 Bhubaneswar: Amid mysterious death of two Russian nationals including a lawmaker in Odisha’s Rayagada district, Odisha Police on Saturday detained Andrew Glagolev, another Russian who was seen begging at Bhubaneswar railway station.

For the last several days, Andrew was seen roaming near the Bhubaneswar railway station by holding the placard. Holding a placard in which he wrote, “I am a Russian refugee. I am against the war. I am against Putin. I am homeless. Please help me.”

Police said he came to India on a tourist visa, which has now expired. As he does not have money, he was begging for help from the people at the railway station. As he cannot understand English too, no one is able to communicate with him in Russian.

After getting information about him, railway station police officials detained him for inquiry about the purpose of his visit to India and his problems.

Jayadev Biswajit, the inspector in charge of the police station said, Andrew has arrived in India with a valid passport and visa. His tourist visa has expired now. However, he has applied for Asylum to concerned authorities in the UN, said Biswajit.

“The Russian national is showing us documents that he has applied to the UN for Asylum, we will verify it with appropriate authority. We are also investigating where he had been staying till now, places he had visited,” he said.

Notably, Russian lawmaker Pavel Antov and his friend Vladimir Bidenov died in mysterious circumstances in a hotel in Rayagada.

Antov, stated to be a member of the legislative assembly of Russia’s Vladimir region, was found dead in an under construction building of the hotel on December 24.

Crime branch of Odisha police is investigating the case. Police are yet to ascertain whether Antov accidentally fell off the terrace of the hotel room or committed suicide or any unseen force is behind the two deaths.

Date for Odisha Plus II Exam-2023 out; here’s complete schedule