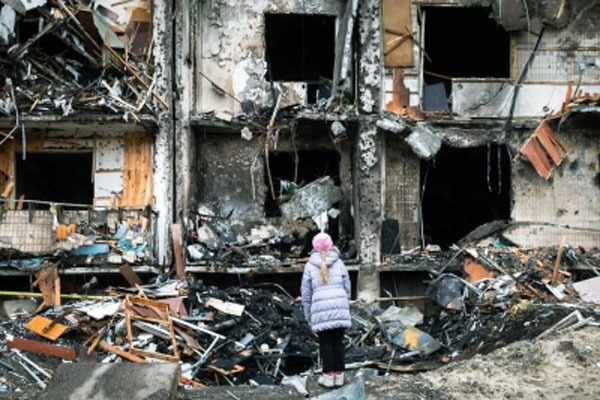 New Delhi: Russia’s secret war documents have revealed that the plans for Moscow’s war with Ukraine were approved on January 18 and it anticipated that the capture must be executed within 15 days, from February 20 to March 6.

In a Facebook post on Wednesday, Ukraine’s Joint Forces Operations Command said: “Due to the successful actions of one of the units of the Armed Forces of Ukraine, the Russian occupiers are losing not only equipment and manpower.

“In a panic, they leave secret documents. Thus, we have at our disposal the planning documents of one of the units of the battalion tactical group of the 810th separate brigade of marines of the Black Sea Fleet of the Russian Federation.

“Based on the information received, it is known that the planning documents for the war with Ukraine were approved on January 18, and the operation to capture Ukraine itself must take place within 15 days, namely from February 20 till March 6.

“The enemy unit was to disembark from the Orsk VDK in the area of the Stepanovka-1 settlement and further act with the military units of the 58th Army of the Russian Federation, namely with the 177th Separate Regiment of Marines of the Russian Black Sea Fleet. The ultimate goal of these forces was to blockade and take control of Melitopol.

“So, when once again one of the prisoners says that he came to study and got lost, do not believe it. They knew, they carefully planned and prepared. And we will say one thing to the Russian occupiers: keep your equipment and secret documents, we will need them, the first – for our defenders, and the second – for The Hague.”