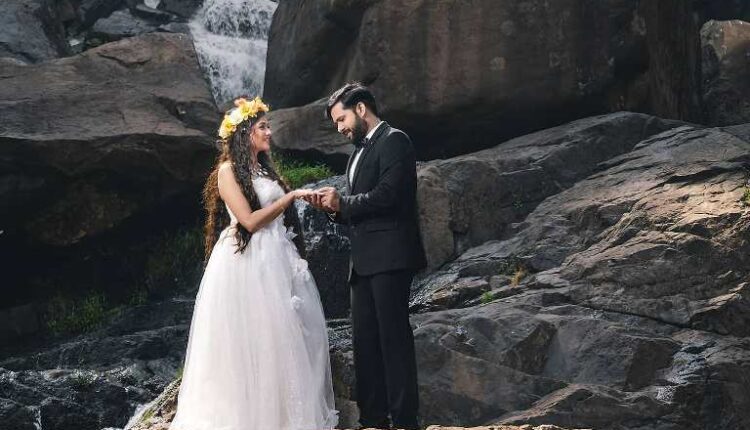 Bhubaneswar:  Ollywood reel life couple Sabyasachi Mishra and Archita Sahu has taken their love to real life as the two are tying the nuptial knot in Rajasthan today.

The couple, who successfully kept their relationship under wraps for years, made announcement about their wedding last evening. Ring ceremony of the two was held in Odisha few days back.

In a statement on their social media handles, the two said, “With the blessings of Lord Jagannatha & our families it gives us immense happiness in sharing that our wedding is happening tomorrow. You all are integral part of our family. You have always showered your love during our good and bad times. How can we forget you on our big day! To start this new journey of togetherness, we will need your good wishes and blessings.”

As the power couple enters the wedlock, let’s take a sneak peak into their ‘reel-life’ love stories:

Mu Sapanara Soudagar : The movie directed by Sanjay Nayak in 2008 is the first film of Sabyasachi and Archita together. The film inspired by Bollywood movie Agni Shakhi had also featured Arindam Roy.

Kebe Tame Naahan Kebe Mun Naahin:  This movie directed by Chakradhar Sahu in 2012 was released on February 17, 2012. However, the film did average business.

Smile Please: The couple was again seen in 2014 in SK Muralidharan’s  comedy film Smile Please. In the flick, Sabyasachi played the role of a photographer.

Pilata Bigidigala:  This movie directed by Basant Sahoo and produced by Pooja Bharalawala, was released in 2015. The comedy love story was a remake of Punjabi movie Carry on Jatta.

Hela Mate Prema Jara: The couple was roped in by  Amaresh Pati for this comedy film, which was released on March 18, 2016.

Bye Bye Dubai: This comedy drama was directed by Basanta Sahoo and produced by Akshaya Parija. The flick was released on September 2.

Chhati Tale Ding Dong : The couple was last seen in this movie, that was released October 7, 2016. Bollywood veteran actor Shakti Kapoor had also acted in the film directed by Mrutyunjaya Sahu. The movie based on love triangle featured Sabyasachi and Varsha Priyadarshini in lead roles.