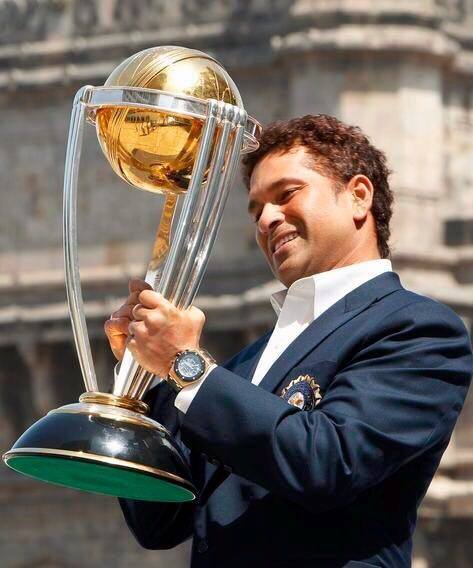 Indian cricket icon Sachin Tendulkar, who turned 44 on Monday, was flooded with congratulatory messages from the cricketing fraternity across the globe.

Wishes poured in for Tendulkar, whose birthday will be celebrated by his former Indian Premier League (IPL) franchise Mumbai Indians later.

India coach Anil Kumble wished the Master Blaster, tweeting “#HappyBirthdaySachin. One of the most inspiring sportsmen the world has seen. Hope you have a splendid year ahead @sachin_rt.”

In his congratulatory message for Tendulkar, former India opener Virender Sehwag wrote: “To a man who could stop time in India, #HappyBirthday Sachin @sachin_rt.”

“Many more happy returns of the day @sachin_rt , April 24th should be marked as Indian cricket day. I was lucky to have played along side you,” he tweeted.

“Special day, special person and special celebration. May all your dreams and desires come true. Happy birthday Sachin @sachin_rt,” is what India pacer Umesh Yadav wrote in his greetings message.

“Happy B’day to a man who has touched an emotional chord with a billion people, a part of our lives forever, @sachin_rt#HappyBirthdaySachin,” former India cricketer Mohammad Kaif wrote in his message.

“Happy Birthday @sachin_rt sir. May keep inspiring millions like us for years to come,” he tweeted.

After his retirement in 2013, Tendulkar received the Bharat Ratna award and became a Rajya Sabha member. He also played in the Indian Premier League but stopped after the sixth season. (IANS)

Tendulkar calls on fans to donate generously during Bushfire…