Sadashibaya Namah! The  revenue minister who lost 100 acres of his own land for implementing land reforms 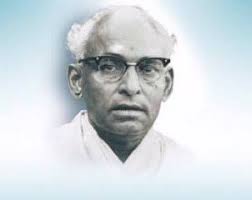 Share
By Swaraj Mishra
If you talk about politicians who have influenced the course of Odisha politics from 1937 till date, you would be inadvertently taking several names of ‘Lord Shiva’, ” Biswanath’, ‘Sadashiv’, ‘Nilakantha’,’Lingaraja’, ‘Lokanath’, ‘Somanath’, ‘Gangadhar’, ‘Maheswar’, ‘Trilochan’, ‘Panchanan’, ‘Chandrasekhar’, ‘Sashibhusana’…, the list is endless. Of these  the names of  Biswanath Das and Sadashiba Tripathy stand out as they have adorned the Chief Minister’s chair. But our focus for the time being will be on Sadashiv Tripathy as his birthday falls on 21st of April.
Born on 21st April 2010 to a Zamindar Brahmin family in the tribal region of Nabarangpur, Sadashiv completed his high school education from the nearby town of Jeypore and joined as a teacher in that area. During this period, he came in touch with Gandhian leaders and freedom fighters like Radha Krushna Biswasray,, Radha Mohan Sahu and the revolutionary leader Laxman Nayak, who inspired him to join the freedom struggle.
Related Posts

Surendra vs Surendra: The closest ever Lok Sabha contest in…

In the two elections for the Provincial assembly held before independence in 1937 and 1946 he was elected as a Congress candidate from Nabarangpur-General seat. But the constituencies in this region mostly got reserved for Scheduled Tribe candidates and as a non-tribal he had to shuffle his constituencies in between. Although he won from Nabarangpur (double) seat in 1952 and 1957, he shifted to nearby Umerkote in 1961 and came back to Nabarangpur in 1967. He won all these elections. Interestingly, he had always been picked up as a Minister and has served under various Congress Chief Ministers from 1948 to 1965. He has the enviable record of serving as the Revenue Minister for 12 years under 4 different ministries and his track record involves introduction of many bold measures in the areas of Zamindari abolition and Land Reforms, which had resulted in loss of more than 100 acres of his own family land.
To rope in a person of his integrity into electoral politics, Nilakantha Das, the then State President of Congress party had visited Nabarangpur long back in 1937. Chintamani Mishra, Editor ‘Naba Jivana’, who accompanied Nilakantha, writes in his autobiography ‘ Ardha Shatabdi ra Anubhuti’ about their experience, ” It was really tough to convince Mr. Tripathy’s father.. Nilakantha babu got fed up and left for the Dak Bungalow. I kept on persuading the old man…. His major concern was the financial insecurity resulting from leaving the teacher’s job. I explained him about the legislator’s salary and the privileges associated with Ministership, which Sadashiv may eventually get. But his father was not convinced..’Let him win the election first.’, he said.’I don’t think he can win against the candidate fielded by the King of Jeypore.” Incidentally, Sadashiv joined Congress and defeated Harihar Mishra the candidate fielded by the king of Jeypore in 1937 elections.
Congress had secured absolute majority and formed the government in Odisha in 1961 under the leadership of Biju Patnaik. But he had to resign as per the Kamraj Plan and Biren Mitra’s government took office. After Mitra’s resignation in 1965, the mantle fell on Sadashiv, who became the Chief Minister of the State on 21st February 1965 and continued in office till 8th March 1967. A new coalition government of Swatantra Party and Jana Congress  took office  in 1967 under the leadership of R.N.Singhdeo. At this time Sadashiv was the Leader of Opposition in the State Assembly.
Sadashiv had always been a man of principles. Saheed Laxman Nayak had great love and admiration for him. The night before Laxman Naik was to be hanged in Berhampur Jail on 29th of March 1943, Sadashiv had gone to meet his long time friend. He said to him in tearful eyes – I am sorry friend we could not do anything for you. This will haunt us all through our life.
We pay our tributes to this extraordinarily sensitive man Sadashiv on his birthday.
* The author is a columnist
Odisha electionsOdisha pollsSadashiv Tripathy
Share FacebookTwitterGoogle+WhatsAppTelegramEmail