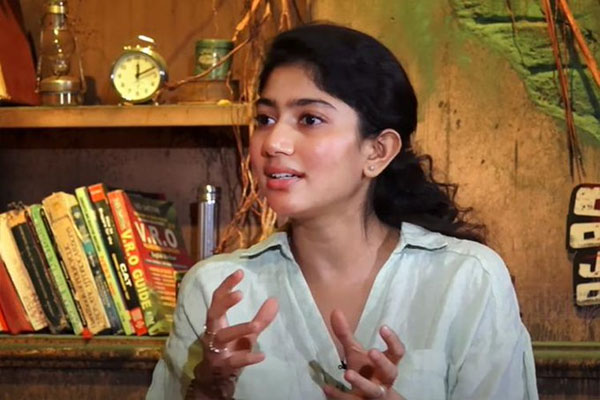 Hyderabad: A statement by Sai Pallavi in a YouTube interview on the lynching of alleged cow smuggler has triggered a social media controversy just as her Telugu film, ‘Virata Parvam’, hit the big screens.

In a YouTube interview, the actress discussed the exodus of Pandits from Kashmir in the early 1990s and compared it with the recent incidents of lynching of suspected cow smugglers.

The celebrated actress, who says she is ideologically neutral, stated: “The film ‘The Kashmir Files’ depicts the assassination of Kashmiri Pandits. A man was recently slain for carrying a cow because he was suspected of being a Muslim. The perpetrators shouted ‘Jai Shri Ram’ after killing the victim. Where is the line drawn between what occurred in Kashmir and what occurred recently?”

The comment provoked a unit of the Bajrang Dal to file a complaint in Hyderabad. The Bajrang Dal Bhagyanagar displayed their complaint letter on Twitter and said that a case had been filed against the actress at the Sultanbazar P.S.

They asked Sai Pallavi to apologise to the entire country, particularly to Kashmiri Pandits, for her “venomous” statements. They added that if she did not do so, “the situation will deteriorate further”.

Some of Sai Pallavi’s admirers have defended her views on social media, while others have expressed their unhappiness.