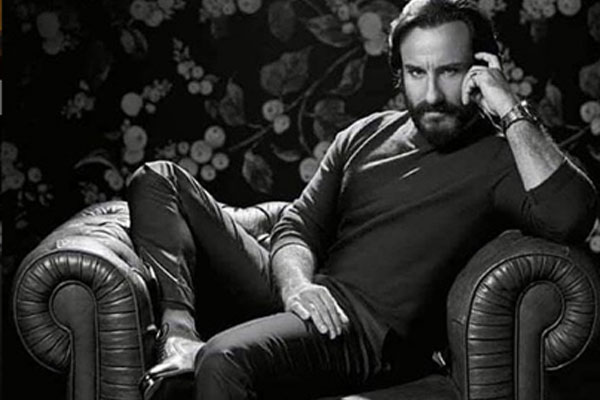 On returning in yet another role with negative shades in an Om Raut film, Saif said: “I’m thrilled to be working with Omi dada again! He has a grand vision and the technical knowledge to really pull it off. He has taken me beyond the cutting edge of our cinema in the way he shot Tanhaji and this time he is taking us all further!

On working with “Baahubali” hero Prabhas in such a big project, he added: “It’s a phenomenal project and I’m super thrilled to be a part of it! I look forward to clashing swords with the mighty Prabhas and to play a role that is electrifying and demonic.”

I enjoy the pressure of work : Alaya F

Filmmaker Raut said they needed an actor of Saif’s stature to play a powerful villain.

“Who better than Saif Ali Khan, one of the greatest actors of our lifetime, to essay this powerful role. Personally, I enjoy every day at work with him. I am looking forward to this exciting journey with him all over again,” Raut said.

“Adipurush” will be shot in Hindi and Telugu. The 3D film will later be dubbed in Tamil, Malayalam, and Kannada among other languages.

Producer Bhushan Kumar said: “Saif blew us all over with his role as Udaybhan in Tanhaji, he takes it a notch higher with his role in Adipurush. He is the perfect choice in this battle between good and evil with Prabhas.”

The film is currently in the pre-production stage. It is expected to go on floors in 2021.

IAF to hold recruitment rally in B’luru on Sep 23