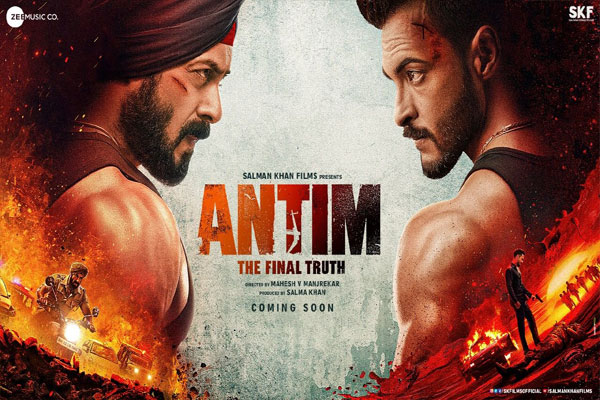 Mumbai: The poster of the movie ‘Antim: The Final Truth’, a Salman Khan Films production, was released on Tuesday. Salman Khan and Aayush Sharma can be seen in an eye lock and it is evident that this will be a fight till the end.

The poster design is showing an epic clash between the two leading men. The plot of the movie ‘Antim’ primarily revolves around a cop and gangster with differing ideologies. A two-hero film, ‘Antim’ brings two protagonists from two entirely divergent worlds and ideologies in a face-off, leading to a ravening and a nail-biting finale.

This is the first time that Salman Khan and Aayush Sharma will be seen sharing screen space with each other.

Presented by Salman Khan Films, ‘Antim’ is produced by Salma Khan and directed by Mahesh Manjrekar.

Parents responsible for rising Covid infection among children in Odisha!