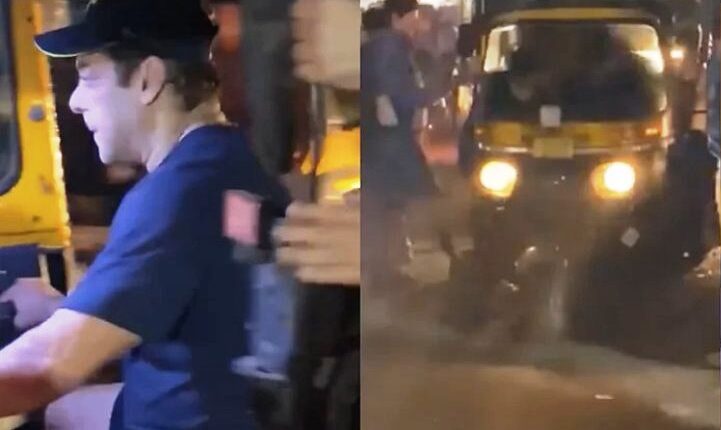 Mumbai: Bollywood superstar Salman Khan’s video of driving an auto-rickshaw on a busy road near his farmhouse in Panvel has taken over the Internet.

The ‘Dabangg’ star recently celebrated his 56th birthday at his farmhouse in Panvel with his close family and friends. The clip, which has recently been circulated over several Salman Khan fan pages, shows the actor sitting on the driver’s seat dressed in a blue T-shirt and a cap while driving on the streets.

The video also shows people getting excited as they spot the superstar.

Right before his birthday, Salman was bitten by a snake at his farmhouse. However, later the actor confirmed he was doing fine.

Speaking about his upcoming slate of work, Salman has a long list of films queued up for release.

Salman will be seen in ‘Tiger 3’, ‘Kabhi Eid Kabhi Diwali’, ‘Bajrangi Bhaijaan 2’ and the second instalment of ‘No Entry’.

Superstar #SalmanKhan was seen driving an auto-rickshaw on a busy road near his farmhouse in Panvel. @BeingSalmanKhan