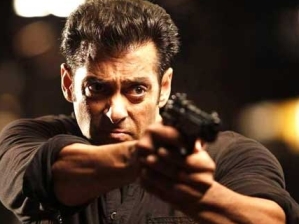 Bollywood superstar Salman Khan says he fears losing the stardom that he has achieved in his over 25 years’ career. But what pacifies him is the thought that life is more than being a screen hero.

To a question by IANS on whether he fears losing his stardom, Salman said during a select media interaction: “Everyone is scared of losing stardom. I would be lying if I say no. It’s not just the stardom… It’s that love, it’s that respect.

“Suddenly, it all gets over… That is one quality you are working so hard for and suddenly something happens and you are not the liked person any more… That bothers everyone.”

However, Salman feels a person should be strong enough to face it.

“You need to be that man who could take that (fading stardom). I have seen my father (writer Salim Khan) go through it… He has gone through it twice in his life. I myself have gone through that.

“(But) I think life is more just than being a hero and star in movies. I think it’s a lot more than that.”

Salman, who has been on a career high post films like “Dabangg” and “Bajrangi Bhaijan”, realises that now is the time when he has to work harder.

“One has to work hard at this point of time only because all our seniors left at this time only. By this age, almost everyone left (the industry). I saw a close-up of mine in one film, and I was like, ‘What is this? When I am only not liking it how others are going to like it’.”

That’s when he started training towards his fit self.

“We have to put ourselves through pain and torture so that somebody appreciates it,” added the actor, who sports a chiselled physique for the role of a wrestler in his next movie “Sultan”.

Casting couch: Who has the advantage and who is exploited?