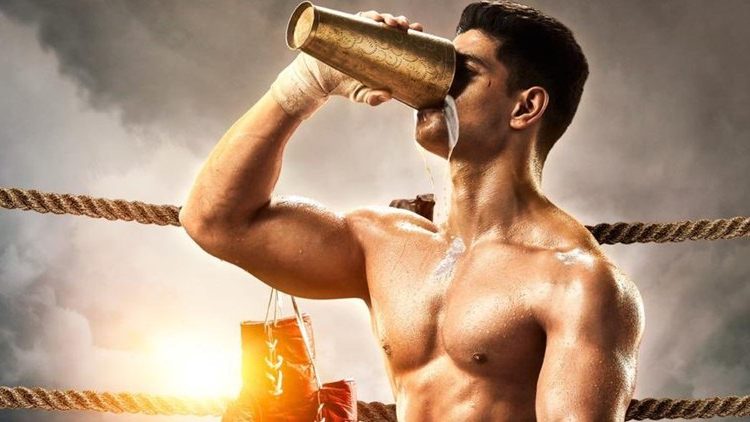 Bhubaneswar: Biopics on sports personalities are the flavor of the season in Bollywood. Adding to the list, superstar Salman khan on Tuesday released the poster of a new film starring Sooraj Pancholi as ‘Hawa Singh’ based on the legendary Indian boxer.

Legendary Indian boxer Captain Hawa Singh had won gold medal for the country in heavy weight category at Asian Games of 1966 and 1970 . He had also won National Championships  for 11 consecutive times from 1961 to 1972.

Superstar Salman Khan hopped on to twitter and shared the poster of the flick along with the caption, “ Hawa se baatein karega singh”…..#HawaSinghBiopic and tagged Sooraj Pancholi

In the intriguing poster, Sooraj can be seen gulping down a glass of milk while taking a break in a boxing ring. He can be seen wearing a langot and sitting on a haystack.

Sooraj also shared the poster of the biography on Instagram and wrote, “They call him the  Baap of Indian Boxing. Here is the first look of #HawaSingh. Our effort to bring his story alive on the screen. So grateful to play the legend whose story will continue to inspire the generations yet to come! Blessed to be I his gloves! #HawaSingh @hawasinghbiopic.”

They call him the “Baap Of Indian Boxing” Here’s the first look of #HawaSingh Our effort to bring his story alive on screen, So greatful to play this legend whose story will continue to inspire the generations yet to come! Blessed to be in his gloves! 🥊 #HawaSinghBiopic @hawasinghbiopic

Hawa singh is helmed by Prakash Nambiar and produced by Kamlesh Singh,Kushwaha and Sam S Fernandes.