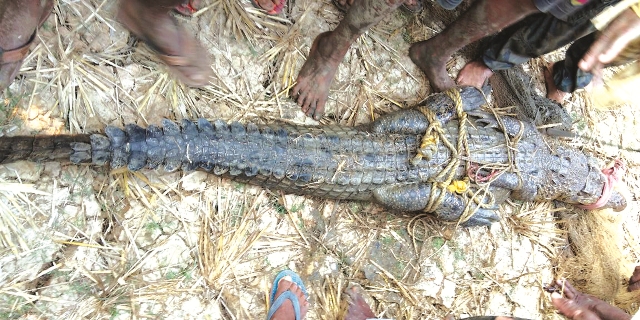 The saltwater crocodile which was rescued from a prawn gheri owned by one Anshuman Mandal of the village is suspected to have strayed into the gheri from river Montei, a distributary of river Baitarini through Luna canal during tide on Sunday.

According to reports, labourers working at the prawn gheri were in panic on sighting the crocodile popping up its head.

Scared, the labourers informed the gheri owner about the reptile’s presence. As news spread, people gathered in large numbers to see the crocodile.

Later, Chandbali Ranger Arun Kumar Behera and other officials of the Forest department rescued the crocodile and released it into the river.

Know the kings who ruled Odisha through these coins