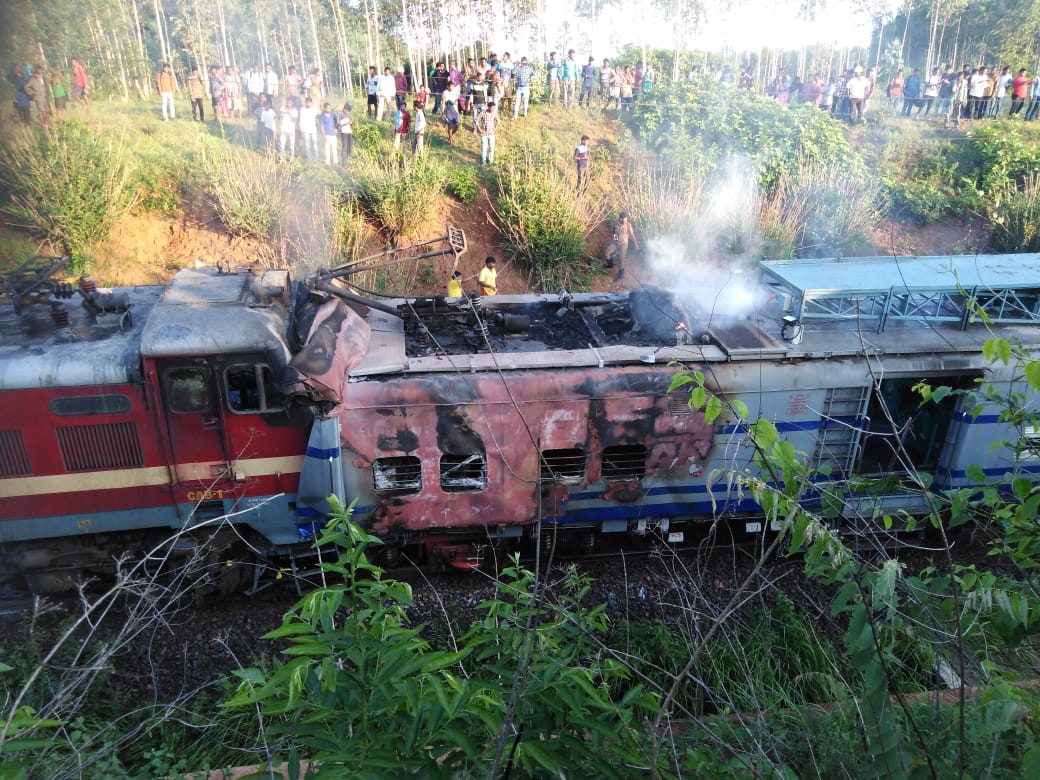 After reaching in a special train, the team visited the accident site at Angoor village and Keutguda railway station for the inquiry.

Sources said, the team first held a closed-door meeting with railway officials at Keutguda railway station and later inspected the train engine and bogies gutted in the fire mishap. Visakhapatnam Divisional Railway Manager was also present among others during the inspection.

On June 25, three railways staff were killed while several passengers sustained injuries after the engine of Howarh-Jagdalpur Samaleswari Express caught fire at Gadabaguda after it rammed into a tower car engaged in repair work between Singapur Road and Keutguda.